Extra food from Omega's kitchens provides ready-to-eat, nutritious options at local food pantries and cuts down on food waste, one of the culprits of climate change.

It happens on most Fridays during the Omega Institute’s season, right behind the Dining Hall.

A car pulls up.

And they begin loading large, plastic containers filled with frozen meals into their vehicle.

Sometimes as much as 600 pounds of Omega meals leave the campus on their way to nearby food pantries.

It is just one way that Omega serves as a caring and nourishing neighbor within the local community. And by donating the uneaten and never-served meals, Omega supports important environmental concepts such as reducing food waste, number 3 in Project Drawdown’s Top 100 solutions to reducing greenhouse gas concentrations in the atmosphere.

“All of those things come full circle,” Omega executive chef Malcom Sanz said. “Some of the people we are feeding could become Omega employees one day. You just never know where and how this food is helping people.”

Feeding Omega’s workshop participants and staff comes with one cardinal rule: Never run out of food. That means calculating how much is needed each day based on the number of people on campus and then factoring in patterns based, say, on the day of the week and other variances.

“It’s based on historical data that we’ve tracked over the years,” Sanz said.​

Ensuring there's always enough food means there is always going to be some left over. And when you are providing as many as three meals a day to hundreds of Omega participants and staff, that amount can add up.

Any fully prepared food that never makes it to the Dining Hall buffet is packed in large containers and placed inside a freezer. Freezing not only allows for better preservation, it makes the meals easier to handle, Sanz said.

In 2018 the food is being distributed to Ascension Holy Trinity Mission Center and Food Pantries, based in Highland, New York.

More than two dozen partners provide food donations or other support to the Ascension food pantry, but Omega is the only one that donates fully prepared offerings, according to food pantry coordinator Mary Ellison.

Having cooked food is critical, she said, when it comes to addressing food insecurity.

“There are a large number of our guests who are housed temporarily in motels where the most they can hope for is a microwave or a hot plate,” Ellison said. “They can take something that is not too complicated and if they have access to paper plates or microwaveable dishes, they can put their food in the microwave to cook. So they are very grateful for Omega’s meals.”

Since Omega’s meals are locally or regionally sourced and prepared with healthy ingredients, they offer added nutritional value beyond packaged or canned foods that typically are donated to food pantries.

“Our beans are local,” Sanz said. “Our dried beans are regional. That’s so much different than getting canned beans filled with sodium. It's so important to be constantly evaluating where your food comes from, how it is treated, and how it is taken care of.”

“If we can provide our guests with fresh food—particularly if it is locally grown, if it is prepared clean, and you are close to the source, what could be better?” she asked. 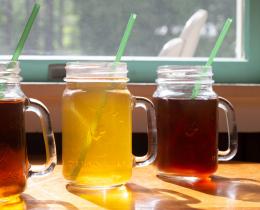 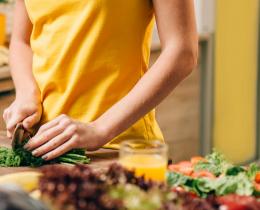 4 Ways to Bring Drawdown Into Your Kitchen 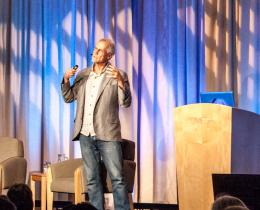