The Future of Water

John Todd, a global leader in the field of ecological water reclamation, founder of Ocean Arks International, and contributor to Annals of Earth, dreams of humanity following a stewardship path.

Omega: Who has been the greatest mentor of your life's work in water reclamation?

John: My greatest mentor was a person I never knew. My father, sensing my unhappiness at being surrounded by an environment that was rapidly being degraded, gave me the first of what became five books by Louis Bromfield for my 13th birthday. Bromfield, an American novelist of repute, had lived in France and was a keen observer of the best and most restorative methods of traditional French farming practices.

On the eve of World War II, he returned to the Ohio of his childhood. There he found abandoned farms, eroded hills, and empty hamlets. He acquired lands that he consolidated into a single holding he called Malabar Farm. For more than 20 years, he brought the land back to life. He created rich soils and the springs returned, the woods became bountiful and the streams ran clear. Each book chronicled part of the evolving story of the farm—its healing, and economy.

For me he was the original ecological designer, although the phrase was not used then. He fired my imagination and he set me on my life’s course. Most importantly he showed me that which has been degraded or destroyed can be healed. Later I went on to study agriculture, parasitology, and tropical medicine, fisheries, and animal behavior. I wanted to learn how to heal the lands and the waters.

Omega: What can educators and schools do to bring nature into more aspects of learning? What do you think students need in order to learn how to think ecologically?

John: Students of all ages could build a model Eco Machine™ in their school. We have created a how-to manual for students and teachers. These educational Eco Machines can be used to grow foods on a small scale or deal with a variety of comparatively safe wastes such as detergents, cosmetics, or fertilizers. The experience of the students will lead them into a narrative that can be the beginnings of thinking ecologically.

Omega: If you could work on any issue or challenge that you have not been able to yet, what would it be and why?

John: My greatest unfulfilled desire is to be active and innovative in healing the inshore oceans that are badly polluted and, as a result, becoming more acid. I am designing ocean restorers that are carbon neutral ships which are hybrids powered by a combination of the wind and the sun. On these vessels will be Eco Machines capable of purifying large volumes of water. These ocean restorers can double as schools that teach marine science and applied ecology to students who can become key members of the ship’s company.

Closer to home our eelgrass communities are being threatened by nearshore pollution and so much sea life depends upon them. A notable example of this is the bay scallops that are disappearing with the sea grasses. Bay scallops are my favorite seafood and have for me become a totem creature symbolizing the need for stewardship of the sea.

I want to work with visionaries, including members of GreenWave, who are launching large-scale cultivation of kelp to help clean marine waters, provide biomass for energy, and habitat for fish and other aquatic life.

Omega: How do you see our relationship with water evolving?

John: I have cause for a great deal of optimism for the future. We have the tools, techniques, and the methodologies to repair the lands and the seas ecologically. We are on the threshold of an ecological age and as we become more mature and the planet heals, nonhuman life forms will have rights comparable to our own. My dream is that humanity follows a stewardship path. 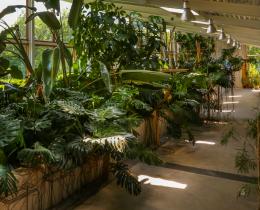 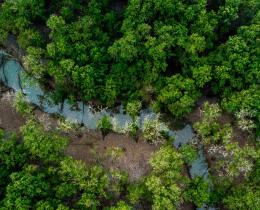