Is It Fear or Intuition? | eomega.org Skip to main content

Is It Fear or Intuition?

Psychiatrist and energy expert Judith Orloff explains how to distinguish between true intuitions and irrational fears.

My approach to transforming fear has two stages. First, take stock of what makes you afraid and distinguish irrational fears from legitimate intuitions.

Second, take appropriate steps to heed protective fears and transform the others with courage. At times you may foresee real danger, but more frequently unproductive fears clobber you.

Therefore as a general rule, train yourself to question fears tied to low self-esteem; we’re all worthy of what’s extraordinary. For example, it’s right to question the fear that you’re too emotionally damaged to love; even the severely wounded can have their hearts opened again. True intuitions will never put you down or support destructive attitudes or behavior.

Here are some guidelines for distinguishing legitimate fears from irrational ones:

Signs of a Reliable Intuition

Signs of an Irrational Fear

For comparison’s sake, I’ll share radically different examples of how I use the above criteria. One morning I got two calls from frightened patients who both claimed to be hearing voices. Truly a typical day in my office! The first came from Bill, a schizophrenic who’d been skimping on his meds. Bill’s inner “voice” kept haranguing him, insisting he was a bad person, that his food was poisoned, and that his son was being raped again by the grandmotherly babysitter.

Believing these “delusions” (false beliefs unsubstantiated by fact), he was absolutely unhinged. So Bill kept calling the cops, who sent a squad car out twice, but found no threat. Tolerant but tiring of this, the officers warned that if he contacted them again, they’d haul him off to a psychiatric hospital.

My other patient, Jean, had been coping with despair about her brother suffering from end-stage AIDS. Jean’s inner “voice” said to immediately fly to New York to join him, though he’d recently been stable. True of authentic intuitions, it came through clear-as-a-bell, oddly matter-of-fact and followed the typical progression of being “seen first,” then felt.

Both patients asked me, “What should I do?” I urged Bill to take his meds and offered reassurance about his safety, a tack that had lessened his fear many times in our decade of working together. Jean, however, I supported in buying a plane ticket because her intuition felt so imminent, so right. Fortunately, she did, despite the expense and inconvenience to her job. That week, her brother took a sudden turn for the worse, slipped into a coma, and died within hours. Heartbreaking as witnessing his death was for Jean, she was able to be at her brother’s side in those precious last moments.

Try to separate unhealthy fears from intuition. Though Bill’s case was extreme, you may also have some fears that belittle you or cause you to misinterpret danger. Perhaps in a fit of anger your ex-wife called you “useless” and you believed it. This is not intuition. Nor is being frightened of having cancer whenever a brown spot appears on your skin. Also, be skeptical of longstanding fears, say of heights; these are typically not premonitions.

If you’re en emotional empath, it can be especially tricky to ascertain which fears are authentic, helpful intuitions. Because you tend to absorb other people’s emotions, you may pick up their fear and think it’s your own. To avoid this, always ask yourself, “Is the fear mine or someone else’s?” One dependable way to find out is to distance yourself from the source. Move at least 20 feet away.

If you experience relief, it’s likely you’re perceiving another’s fear. Although it’s fine to absorb courage and all positive emotions from others because they’ll strengthen you, you don’t want to absorb negativity. Move away, and keep releasing extraneous fear by exhaling it until the feeling passes.

While some apprehensions may be empathically linked to another’s feelings or, like Jean’s, are distinct intuitive warnings, the more garden variety ones reflect ingrained negative psychological patterns. To resolve these, you must know where they come from and do what’s necessary to loosen their hold. 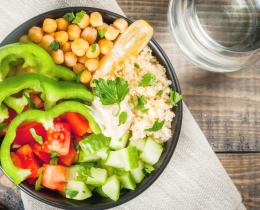 Bring Your Vitality Back With 3 Easy Steps 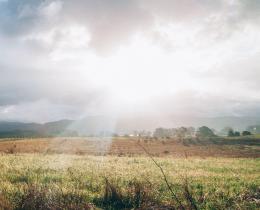 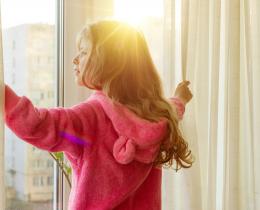 Appreciating the Energy of Autism