Ai-jen Poo is director of the National Domestic Workers Alliance (NDWA), the leading organization working to build power, respect, and fair labor standards for the 2.5 million nannies, housekeepers, and caregivers in the United States.

In 2000, she cofounded Domestic Workers United (DWU), the New York organization that spearheaded the successful passage of the state’s historic Domestic Workers Bill of Rights in 2010. In 2007, DWU helped organize the first national domestic workers convening, out of which formed the NDWA.

Poo serves on the board of directors of Momsrising, National Jobs with Justice, Working America, the National Committee for Responsive Philanthropy, and the National Council on Aging.  She is also director of the Caring Across Generations campaign, a movement to build a caring majority committed to creating the systems and supports that allow women to mature with dignity, security, and independence.

Poo’s numerous accolades include the Ms. Foundation Woman of Vision Award, the Independent Sector American Express NGen Leadership Award, Newsweek’s 150 Fearless Women list, and the Time 100 list of the most influential people in the world. She is also a recipient of the Ford Foundation Leadership for a Changing World Award and the Ernest de Maio Award from Labor Research Association. In 2009 she was named one of Crain’s “40 Under 40.”  Her work has been profiled in many publications, including The Nation, Ms. Magazine, and the New York Times.

Additionally, Poo is a recipient of the Alston Bannerman Fellowship for Organizers of Color, the Twink Frey Visiting Scholar Fellowship at University of Michigan Center for the Education of Women, and the Prime Movers Fellowship. In honor of the 100th Anniversary of International Women's Day, Poo was recognized by Women Deliver as one of 100 women internationally who are "delivering" for other women. In September 2014, she was one of 21 awarded a MacArthur Fellowship grant. 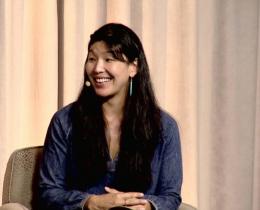 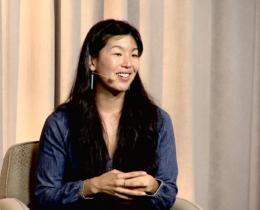 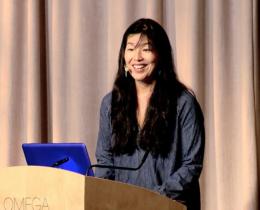 We Must Be Futurists

We Must Be Futurists