Eve Ensler is a Tony Award-winning playwright, performer, and activist. She is perhaps most renowned as the author of The Vagina Monologues, which has been published in 48 languages and performed in more than 140 countries.

Her other plays include Here, Necessary Targets, The Treatment, and The Good Body, which she performed on Broadway, followed by a national tour. Her work, I Am An Emotional Creature: The Secret Life of Girls Around the World, published in 2011, was a New York Times best-seller.

In 2013, she released her book, In the Body of the World, a visionary memoir of separation and connection--to the body, the self, and the world--based on her own experience with cancer. She is also author of Insecure At Last: A Political Memoir and co-editor of A Memory, A Monologue, A Rant and a Prayer.

Ensler’s film credits include an HBO film version of The Vagina Monologues. She also produced the film, What I Want My Words to Do To You, which won the Freedom of Expression Award at Sundance and was shown on PBS. Ensler has also written numerous articles for The Guardian, Washington Post, and Huffington Post.

Additionally, Ensler is the founder and artistic director of V-Day: Until The Violence Stops, a global effort to stop violence against women and girls, which has raised more than $85 million.

She has won many awards, including a Guggenheim Fellowship in playwriting, and an Obie Award. In 2009, she was named one of US News & World Report’s “Best Leaders” in association with the Center for Public Leadership at Harvard Kennedy School, and in 2010 she was named one of “125 Women Who Changed Our World” by Good Housekeeping magazine.


What People are Saying About Eve Ensler

“Eve Ensler can soar to Rabelesian heights or move us with quiet compassion. She may not save the world, but what other playwrights even think of trying.”
—Time magazine

“Eve is bringing women back, she’s giving us our souls back.”
—Glenn Close, actor 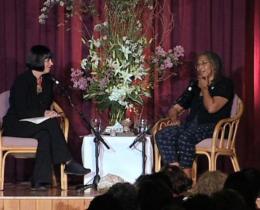 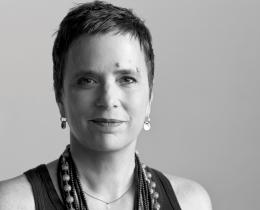