Marcia Ann Gillespie is a trailblazer in the magazine industry, a leader in the women’s movement, and a champion of gender of racial justice.

She is the author of Maya Angelou: A Glorious Celebration, an authorized biography published 2008, and is currently writing a memoir titled When Blacks Became Americans. Gillespie is also the current professor of diversity in residence for the Johnetta B. Cole Global Diversity and Inclusion Institute at Bennett College.

Her association with Ms. dates back to 1980 when she became a contributing editor. She then went on to become a featured columnist and the executive editor before being named the top editor in 1993.

In addition to her role as editor-in-chief, Gillespie was named the president of Liberty Media for Women, a limited liability corporation comprised of women investors that purchased the magazine in November 1998 and successfully relaunched the publication in March 1999. To further secure the publication’s future, she helped negotiate the magazine’s transfer to the Feminist Majority Foundation and officially turned the reins over in 2001.

Named the editor-in-chief of Essence at the age of 26, Gillespie quickly proved her mettle by rapidly transforming the then fledgling publication into one of the fastest growing women’s magazines in the United States. During her tenure, Essence won a National Magazine Award, the industry’s most prestigious honor. Gillespie was named “One of the Fifty Faces for America’s Future” by Time magazine.

An award-winning writer, Gillespie has also received a number of awards from professional and civic organizations, including the Matrix Award from New York Women in Communication and the Mary MacLeod Bethune Award from the National Council of Negro Women. Awarded a Doctor of Letters by her alma mater, Lake Forest College, she is also a recipient of the Missouri Honor Medal for Distinguished Service in Journalism from the University of Missouri School of Journalism. 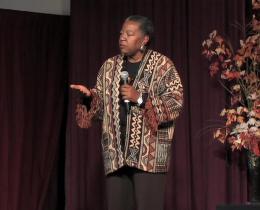 It is Our Place 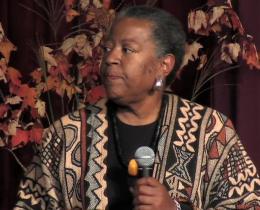 It's In Your Hands 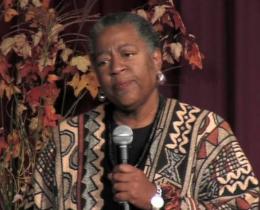