With more than twelve years of experience, Nadia Al-Sakkaf is a leading voice in Yemen and in worldwide media on issues of media, gender, development, human rights, politics, reconciliation and peace building, and youth based political activism.

Nadia recently became the first woman to be appointed Minister of Information in Yemen. Since 2005, she served as the editor-in-chief of the Yemen Times, the country's first and most widely read independent English-language newspaper, which includes the newspaper, radio, and a publishing house.

Al-Sakkaf is the first Arab to receive the Gebran Tueni Award for professional media from the World Association of Newspapers and An-Nahar Newspaper in Lebanon, and the first Arab woman to receive the Oslo Business for Peace Award. Nadia has taken part in the political transition committees aimed at shaping the new structure of the country in the aftermath of the 2011 Arab Spring in Yemen, is the only women and only independent serving on the presidium of the National Dialogue Conference of Yemen, and ran the civil society organization “Yemen 21st Century Forum," a think tank working on development and political research and empowerment. She received the 2006 Free Media Pioneers Award from the International Press Institute on behalf of the Yemen Times.

Nadia served as the International Ambassador of the Global Media Monitoring Project, the largest and longest study on gender in the world’s news media, and on the editorial board of Building Peace: A Forum for Peace and Security. She is the author of LEAD: a Yemeni Women’s Empowerment Guide for Public Leadership, Breaking the Stereotype—covering Yemeni women’s experiences as political candidates in elections, Gender in Political Reports: A Guide for Journalists, and The Gulf Council Countries Initiative for Power Transfer in Yemen. She and her work have been featured on Trust.org, The Daily Beast, The Huffington Post, Women Without Borders, and WISE Muslim Women. Her TED Talk, See Yemen Through My Eyes, has been viewed more than four hundred thousand times. 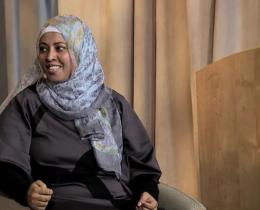 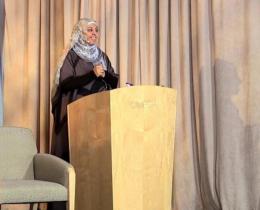 Hope for the Future

Hope for the Future 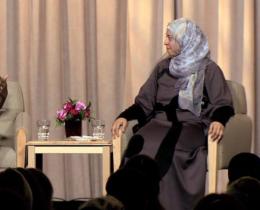 By Jamia Wilson and Nadia Al-Sakkaf