Pumla Gobodo-Madikizela is a clinical psychologist and senior research professor at the University of the Free State in Bloemfontein, South Africa.

After serving on the Truth and Reconciliation Commission (TRC) of South Africa as coordinator of victims’ public testimonies, and as facilitator of encounters between family members of victims and perpetrators who appeared before the TRC, Gobodo-Madikizela has been involved in the study of the process of forgiveness to deepen understanding of its reparative elements in the aftermath of gross human rights violations and mass trauma.

Her current research applies the insights emerging from her study of forgiveness in victim-perpetrator encounters to explore the psychoanalytic dimensions of empathy in the context of perpetrators’ remorse and victims’ forgiveness. Her interests in relation to empathy focus on the feelings and the shifts that open up in dialogue processes between former enemies.

Her book on these topics, A Human Being Died that Night: A South African Story of Forgiveness, won the Alan Paton Award in South Africa and the Christopher Award in the United States. The book was adapted into a play that premiered at the Hampstead Theatre in London in May 2013.

Gobodo-Madikizela is also coauthor of Narrating Our Healing: Perspectives on Healing Trauma and co-editor of Memory, Narrative and Forgiveness: Perspectives on the Unfinished Journeys of the Past.

Among her honors are an honorary doctorate of law from Holy Cross College, in Worcester, Massachusetts in 2006, and the Eleanor Roosevelt Medal in 2007. She was honored among “100 People who Made a Difference” in the permanent exhibit of Hall of Heroes in the National Freedom Centre in Cincinnati, Ohio in 2005. In 2010, she received the Social Change Award from Rhodes University for her contributions toward “social transformation in South Africa.” 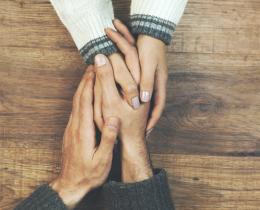 Showing Up for Someone in Need 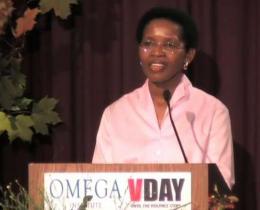 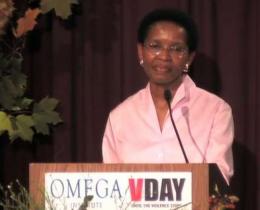