An Open Mind Is an Open Heart

Negative thinking, skepticism, and control create restrictions in your life that may prevent you from experiencing what means the most. James Van Praagh illustrates how.

It is extremely difficult for me to give a message from the spirit world to someone whose thinking is negative and limited, because spirit is expansive. In order for spirits to reach us, our minds must be open to what could be. Negative thinking, skepticism, and control create restriction, and spirits cannot harness the energy from us necessary to communicate. The following example shows how destructive thinking and skepticism closed down the channels to a daughter’s desperate plea for love.

Toward the end of my presentation in front of an audience in New York, a female spirit of about thirty years old came through.

“There is a young woman here, and she gives me the initials J.T. Does this spirit belong to anyone here?

After five painstaking minutes, a man raised his hand and pointed to the man next to him.

“Those are his initials.”

I walked toward the man who seemed resistant to participate. “May I come to you please?”

“I don’t really believe in this stuff,” he replied. Pointing to the man on his left, he said, “It’s all his idea. He dragged me here.”

I’ve heard this remark more times than I care to remember. Nevertheless, I continued. “What is your name?”

“Jake, there is a woman here who is standing right next to you. She is showing me a hospital. She died in St. Vincent’s Hospital. Is this correct?”

I could tell Jake didn’t want to talk to this spirit and had some problem with her.

“She is showing me blood, and some dark spots in the blood. Did she have cancer?”

Jake didn’t believe it was real. He responded, “I really don’t want to do this.”

I knew he knew the spirit, but he didn’t want to own up to it. He was really closed off, and encouraging him to participate felt like pulling teeth.

“You are very shut down,” I said. “It’s really hard for me to connect with the spirit world when you close off your energy. She has a lot to share with you, but you are not giving her the chance.”

People in the audience were turning to look at Jake. I could tell they were frustrated too. I felt that they wanted me to move on and help someone else who wanted to communicate with a lost loved one.

“You know, Jake, this woman wants to tell you things, but if you are not open to her, I can’t force you.”

“I’m sorry, but I just don’t believe in this stuff. If this spirit, as you say, wants to talk to me, why didn’t she talk to me when she was alive?”

“Is this your daughter?” I asked with surprise.

Jake didn’t answer. I could hear people in the audience groan their dissatisfaction.

“Your daughter is telling me she was in the hospital for a long time. She tried to call you, but you wouldn’t answer. Did the two of you have a fight?”

Jake really didn’t want to participate in the reading, and he sat there stoically. Although it was difficult for me, the spirit was persistent. “Will you at least admit that this spirit is your daughter?”

The man next to Jake finally answered for his friend. “Yes, Cecilia was his daughter. She died of leukemia last year.”

At least it was some response. The spirit used Jake’s friend’s energy. “You fought with Cecilia about her husband, didn’t you?”

Jake sat there quietly; he did not answer. His friend nodded affirmatively.

“Cecilia is telling me that you were angry at her because her husband was Muslim and you didn’t want her to marry him.”

Jake admitted, “I didn’t like him, but not because he was a Muslim.”

“Your daughter is trying to tell you that she forgives you. She is kneeling and crying. Do you want to say something to her?”

Jake refused to admit anything else. I felt sorry for the spirit, but I am only the conduit. I can’t make people do anything.

I turned to Jake and said, “Why don’t you accept your daughter’s message?”

Jake would not respond.

At that point, a spirit guide appeared. It was a beautiful woman in a colorful Japanese kimono tied with a sash. She wrapped her arms around Cecilia, and they disappeared together. I went on to another guest.

At the end of the event, I was in the back of the auditorium signing books. Jake’s friend handed me a book to sign. He shrugged. “What can I say? Jake’s a hard nut to crack.” We both smiled.

Several months later I received an e-mail from Jake on my website. He apologized for his behavior and for not being more forthcoming. He said that he was afraid to admit he was wrong in front of such a big crowd, but he wanted to thank me for communicating his daughter’s message.

It is important to realize that when your thinking pattern is emotionally based, like Jake’s, you’re not able to perceive things as honestly as they actually are. Jake responded to his emotion instead of the reality of the situation. Instead of acknowledging his daughter, he stayed stuck in the thought, “I don’t feel happy about this.” Not only was Jake biased against a certain ethnic culture; he was also too proud to admit that he might have made a mistake about his daughter’s husband.

One of the hardest things to learn is that you cannot control other people’s actions or motivations. I certainly felt frustrated with Jake because of his stubbornness, yet there was nothing I could do to change his mind. Ironically, in some ways the best aspects of my work are also my worst. Being sensitive, I am overly aware of people who are not being honest and forthright. Judging these people is an easy way out, but is not the way to go. They are who they are, and I cannot control them. So many people write to me and speak to me of their frustration with loved ones who don’t believe in this work or life after death. I tell them, as I tell myself, their reality is their reality. Skeptics think that they are doing the right thing, and if they don’t have much awareness and sensitivity, they might be. I must see it for what it is and realize that I am only responsible for my own steps on this earth. 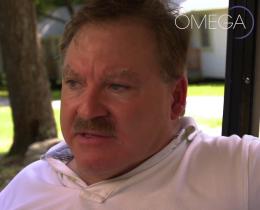 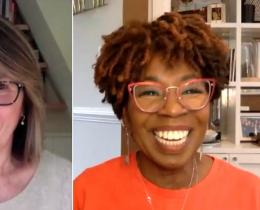 By Elizabeth Lesser and Iyanla Vanzant 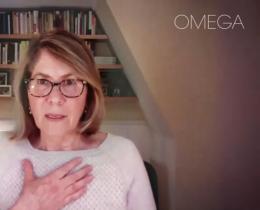 Viewing the Virus as a Living Being

Viewing the Virus as a Living Being