As a plumber, black woman, and founder of the nonprofit Tools and Tiaras, Judaline Cassidy breaks barriers, models self-sufficiency, and extols the virtues of loving your job.

Omega: When you began working 23 years ago, you were the first woman in the Staten Island plumbers union in New York City. Is it different now?

Judaline: Now there are 89 women, but that’s out of 6,200 members, so not enough has changed. A lot of women don't know that working in the trades is an opportunity. We don’t advertise effectively to get women to enter these jobs. If we want to inspire girls or women to be in the trades, we have to show them what that looks like.

Omega: What is it about plumbing that you love?

Judaline: I have a skill that a lot of men and women don't have, one that puts me in the league of superheroes: I really love solving puzzles. I love trying to figure out how to move A and B so that C doesn't hit it. It's a lot of planning and construction...it keeps your brain going.

It's also about the money: all the dead presidents excite me. I'm making a joke, but I really do love the money because it enables me to do the things that I want to do, like move my family from being poor to middle class.

Being a plumber also enables me to be part of and help my community, help my city, help my country, help the world by donating to the causes that I want, and take time off to volunteer. It helped me start Tools and Tiaras, monthly workshops for women and girls, from 6 to 100 years old, who work together to do projects. Every month we do a different workshop. So you can learn plumbing one month, electrical the next, construction the next.

Omega: When you were young, did you want to grow up to be a plumber?

Judaline: No. I'm originally from Trinidad and Tobago and I grew up really poor, sleeping in the same bed with my great-grandmother until I was 17. I grew up in a church and wanted to be a lawyer and a missionary. But after secondary school, I had to figure out what I could do to step out of my circumstances. I wasn’t going to sit there and wait for some guy in the neighborhood to take me on as his girlfriend or his wife or as the mother of his children. That was never my vision.

Our education system, which is similar to the British education system, offered the skilled trades. In my mind I said, "Electrical, you get shocked; plumbing, you get wet." So I said, "Plumbing, here I come!" It really and truly was one of the best decisions I have ever made. I fell in love with plumbing from that moment and walk around very proud, believing in what I'm doing for society. I know that you're going to need me. My daughter is also tradesperson, a sheet metal worker with Local 28 in New York City.

Omega: What about people who think about plumbing as "yucky"?

Judaline: That is what a lot of people think about plumbing. But that’s totally wrong, and that is the fault of the media and the images of plumbers that they show—a plumber is a guy with a butt crack showing while he's hunched over a toilet bowl. A lot of plumbers put that stereotype out there too by putting a plumber on the side of their truck with just a toilet bowl and a plunger.

The reality is so different. Plumbers protect the health of the nation. We’re actually the first line of defense against diseases. If you go to the hospital, you are protected by a plumber. You go to the gas station, that's done by a plumber; the oil refineries, plumbers; the gas that you cook on your stove with, plumbers; the hot water heater, plumbers. And we do so much more. I love going to someone’s house when they’re all frazzled—they may have gone days without water or their toilet wasn't flushing—and after I fix the problem, they are so grateful. I think they sense how much I love my job and pride myself in it.

Omega: How does race figure into your work?

Omega: When you go to work, do you ever get, "A woman? What's a woman doing here?"

Judaline: I don't really get that working on a construction site, but the stereotypes do affect us. A guy might show up late every single day, not really complete his work task, and ask for a raise and confidently believe he deserves it. And he might get it because belief is where it starts. What if we did that as women?

But if I go to one of my friends to fix something that her husband couldn't do, then I might get it. The guys are always trying to help you. "You sure you know what you’re doing?" So I use humor, and maybe encourage them to help me by bringing the materials, the toolbox, whatever. And then they'll be like, "Are you sure?" And I say, "Can I ask you a question? What do you do for a living?" And they'll say, "I'm a lawyer, I work at the MTA", or whatever it is. And I say, "So let's do this: you keep being a lawyer, you keep being a doctor, and let me do the plumbing because that's my thing, baby.” 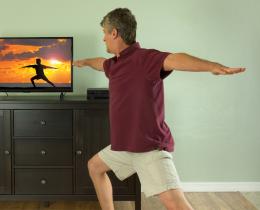 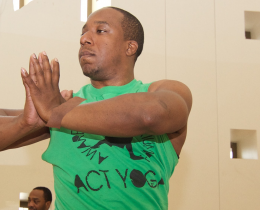 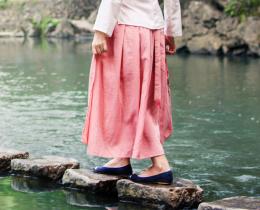