Learn how James French and Shelley Slingo raise the level of communication and connection between animals and people, creating a bridge that can foster deep emotional healing.

During the third day of the weeklong Trust Technique workshop, many of the participants were taking turns practicing what they’d been learning: how to hold focused, present moment awareness. The practice enables the human mind to accommodate an animal's emotions, creating a state of shared gratitude and cooperation that helps build a bond of trust and confidence.

“We educate people about how to drop below the thinking level, not just with animals but in relationship with themselves and other people,” explained James French, creator of the Trust Technique. “Focused presence reduces human anxiety levels and when a human is able to let go, an animal with the same issues can meet them on a subconscious level—beyond language and intellect. A relationship that is based on peace of mind shifts from fear to trust and over-reactions are replaced with instinctual learning.”

Judith Hooper, who attended last year’s workshop and was eager to supply the sheep for this year’s program, has experienced the effect the technique can have with her animals, especially when she needs to perform procedures like giving medications or trimming nails. For the purpose of the workshop, the sheep provide the right kind of energy—they’re not dangerous, but they have an inherent distrust of people because their young are so often taken away early.

Maryanne Durvin was motivated to attend the workshop because of Clifford, a shelter dog she was fostering. Attacked by a dog as a child, she was concerned that her fear was encouraging his aggressive behavior. She knew that if Clifford’s aggression continued, he would be returned to shelter and, most likely, euthanized.

“I knew that he was sensitive to my emotions,” Maryanne explained, “but I didn’t know how to overcome them. When I learned about this workshop, I had to come and it’s been miraculous, a quantum leap in how I relate to animals.”

The animals—horses, dogs, and cats—on the Surrey, UK, farm where James French grew up in a troubled family, were his solace and sanctuary. It was there he discovered the magic of the animal-human relationship—not because he wanted it but because he needed it. People who saw how he rehabilitated rescued ponies as a young teenager, began asking for his help. Building on his skill, he first became a trainer for the British Junior Jumping Team and then traveled around the world training polo ponies. But it was only when he discovered Reiki and began his own healing journey that he began to sense the possibilities of where his work with horses could go.

“When I first looked into this world, I saw that no one was practicing this way,” he said.

It was when he met Shelley Slingo that they were able to shape the vision and put the principles they developed into a form people can understand.

“Shelley is the first two-legged person who nurtured me,” James said. “She encouraged me down the Reiki path and with her I was able to dream of a life where we could work together helping people and their animals.”

After a five-year study and initiation with a Reiki master, James began teaching first and second level Reiki and applying those techniques to horses, working to relieve their suffering and help heal a wide range of afflictions, from aggression to cancer. The deeper he got into Reiki, the more information he was able to receive from the animals, and he began to envision bridging what he understood about animals with common misperceptions.

In 2000, Shelley and James created their first Animal Communication Practitioners (ACT) workshop and began traveling around the world to work with vets, animal behaviorists, trainers, and pet owners. Their second course, for practitioners, trained others to become independent animal communicators. As ACT morphed into the Trust Technique, they had the opportunity to help set up a new kind of sanctuary for rescued horses with a unique healing center and began to develop standards and courses for the training that has since reached thousands of people around the world. James’ consultation work and online courses offer different levels of training that enable practitioners to carry the work forward and for James and Shelley to fund on-going animal rescue work. 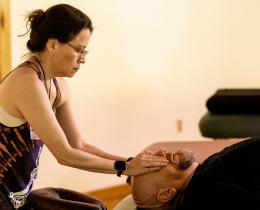 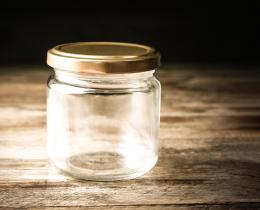 Reiki Is Our True Self 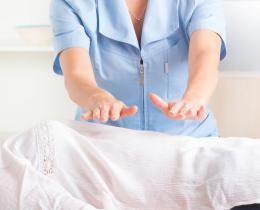