Feeling Anxious? You're Not Alone

More of us are feeling anxious than ever before. Judson Brewer, executive director of the Center for Mindfulness, has some thoughts on why this is so and what to do about it.

Omega: What's going on in the body when we start to feel anxious?

Judson: Why don’t you tell me? What goes on in your body when you start to feel anxious?

Omega: It depends on what I'm anxious about. I might have butterflies in my stomach, my palms might sweat, my face might flush. There are a lot of physical reactions happening.

These physical sensations that we label “anxiety” have one thing in common: they make us feel contracted.
—Judson Brewer

Judson: We can talk about hormonal reactions and endorphins and all these things, but the really interesting and important piece is what you just described—the physical sensations.

Some people experience frustration while others may have full-blown anxiety or panic attacks. No matter what someone experiences, we want to look for the common denominator, the thing that everyone says, “That’s what makes me suffer.” What is similar about the experience of frustration, anger, stress, or anxiety? What characteristics do they share?

These physical sensations that we label “anxiety” have one thing in common: they make us feel contracted. They make us miserable and make our lives feel smaller. Conversely, when we’re filled with joy and curiosity, we feel expansive.

Omega: Anxiety rates are skyrocketing in the U.S., especially among teenagers. What’s happening? Why are we all so anxious?

Judson: I think it’s something like 50% of college students say they’re anxious. It’s definitely on the rise. Anxiety has been destigmatized a bit, so more people feel comfortable talking about it now. They know it’s not something to be ashamed of. Being able to talk about it more openly is part of why we’re hearing more about it. But even with that, my gut says that it’s accurate that more people are feeling anxious because of the amount of uncertainty in our lives right now.

Uncertainty is a big trigger for anxiety, and right now in our country, we have a lot of uncertainty, especially in the political system. If a president is unpredictable, whether you love her or him or hate her or him, it will make people feel unstable and generate a huge amount of anxiety. As that instability hits different areas—like the economy or the environment or education—people who pay attention to those areas will feel anxious. And that’s what’s happening now.

As far as adolescents are concerned, they would likely feel anxious no matter who was president. They don’t know if they’re going to have a job because they don’t even know what jobs are going to look like when they graduate. It’s a real thing that automation and robots are likely to take over all kinds of jobs, from truck driving to factory work. So there’s huge uncertainty about what the future looks like.

Omega: With this much anxiety out there, does this mean our traditional treatments aren’t working?

Judson: In my clinical experience, there aren’t any great medications for anxiety. People can become tolerant to and dependent upon benzodiazepines like Valium and Xanax, and the Prozac’s of the world aren’t as efficacious as I’d like to see them be.

Omega: What does work as an anxiety treatment?

We’ve packaged these evidence-based programs into apps that target a specific mechanism around the reward-based learning process to give people the help they need right at their fingertips, right in the moment they need it.

Our first pilot data for the anxiety app are remarkable. We’ve embedded clinically validated anxiety measures into the program and when people have gone through 21 modules they’re reporting a 45% reduction in their total anxiety score. After 28 modules they’re at 47% reduction. That’s a huge shift. We’re really, really happy with these results.

I also love to hear the anecdotal stories from those in the online community. People are riding out full-blown panic attacks with this program. I wasn’t expecting that, and it’s very gratifying.

Omega: Do you recommend meditation as a practice for everyone?

Judson: When I began researching meditation and mindfulness, I had the hypothesis that it would be formal meditation practices (for example, seated meditation done 20 minutes twice a day) that were most effective. But it turned out the informal ones (for example, turning off the car radio and focusing on the sights and sounds of the drive instead), loosely referred to as mindfulness practices, worked best. Formal meditation was still helpful but it wasn't as directly correlated with outcomes as the informal practices, which are proving to be remarkably successful.

Your Throat Holds the Mic 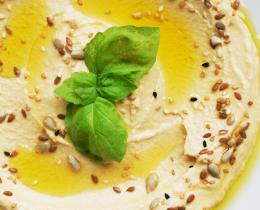 You Were Born Resilient

You Were Born Resilient