Some veterans are discovering that kirtan—a form of chanting from India—is helping them cope with conditions such as PTSD, as well as life back home.

When you picture a kirtan enthusiast in your mind’s eye, do you think of a retired American sniper who did three tours in Iraq? What about a former female sergeant who’s struggling with lung injuries, rage, and post-traumatic stress?

Some veterans are discovering that kirtan—a call-and-response form of mantra chanting that originated in India—is helping them cope with conditions such as PTSD and re-entry into civilian life.

Chant artists such as Gaura Vani and Deva Premal & Miten report hearing positive feedback from their fans, who share moving stories about how the anxiety-reducing practice of chanting has brought them a newfound sense of solace and peace during war's long-term aftermath.

Although it’s a new phenomenon, some in the chant community are beginning to actively reach out to veterans. For example, mantra music artist Girish works with nonprofit organizations in the San Francisco Bay Area and Santa Cruz, California, to offer kirtans for veterans, as well as live mantra music for their yoga classes.

The Science of Kirtan

A small but growing body of research on kirtan suggests that chanting can provide myriad mind-body benefits. And although no studies on chanting have been conducted with combat veterans, preliminary studies suggest that the practice may help quell some of the conditions they commonly suffer from.

For example, in 2012, UCLA researchers discovered that chanting mantras can have beneficial effects on stress and one of its primary culprits: inflammation. Another study found that singing mantras (or reciting the rosary) can have a positive influence on cardiovascular health. And research conducted at some of the nation’s top research institutions, in conjunction with the Alzheimer's Research and Prevention Foundation, suggests that chanting can improve depression, sleep, and memory function—three issues that combat veterans can struggle with.

Each year, best-selling chant artists Deva Premal & Miten receive thousands of messages from fans who have reported that they’ve felt uplifted, and at times, transformed by the practice of chanting mantras, including a variety of folks who are coping with trauma, such as veterans who served in Iraq, a firefighter who was called to the Twin Towers on September 11, a 911 operator, and the list goes on.

One of the veterans that Deva and Miten have been in touch with, a soldier named Ken, told them that after serving in Iraq for a year, he had a difficult time readjusting to life in the States and coping with PTSD. Their mantra music, he told them in an email, became a “true blessing” in his life. “It has helped me heal from the wounds of war,” he wrote. “I use your music a lot in my daily meditations.”

As Deva observes, “I think when we’re traumatized, the mind can be very active. Rather than letting the mind repeat the scenes of what we’ve gone through, we can give our mind a positive, healing focus. That’s what the mantras provide. They’re sound medicine.” Furthermore, she says, chanting connects us with a higher, benevolent force: the divine. And that, in itself, can be extremely healing.

Gaura Vani, a kirtan artist based in Washington, D.C., has received positive feedback about chanting from veterans, too. “Kirtan is about transcending the kinds of things that cause war—the kinds of things that move us into a place of fear and cause us to focus on our differences,” Gaura says. “It is meant to be a bridge; it’s a vehicle for the soul to make the transition after death in a sacred way. On a spiritual level, according to the Vedas, kirtan cleanses the heart. It also allows us to see who we really are—eternal beings having a blissful, loving relationship with our source, our supreme soul.”

A Sergeant Becomes a Kirtan Singer

Satya Prema Paz, a retired army sergeant with lung injuries and PTSD in St. Pete, Florida, discovered chanting in 2009 when a yoga teacher played a song by Sikh chanting sensation Snatam Kaur Khalsa during class. After she explored the kirtan genre on Pandora, she was hooked.

“I was a very depressed, angry, and violent woman for many years,” Satya recalls. “I actually felt that I deserved pain, because it was all that I knew.

“The military teaches you that anger and rage make you proficient,” Satya says. “If your objective is done with rage, you run harder. You get stronger. Your mind is completely focused. I almost lost my mind thinking like that. You go to bed angry. You dream in HD, angry. When you wake up, you’re angry. It’s exhausting.”

Bhakti yoga, chanting, and hatha yoga were integral to her journey of self-transformation, she says. “I realized I don’t have to function on rage.” Through yoga’s philosophical and practical teachings, she’s found a way to let go of some of her anger and begin cultivating gentleness, kindness, and forgiveness.

Chanting helps her cope with PTSD, too, she says. When her mind flashes back to something traumatic that happened 30 years ago, “but feels like it happened 5 minutes ago,” she says, “I throw on some Deva Premal & Miten, sit down on the floor, and just go, ‘Om Mani Padme Hum, Om Mani Padme Hum.’” At first, she says, she’s aware of tension, anxiety, and memories while she’s chanting the mantra. Sometimes, she has difficulty breathing. But she continues to sing, raising her voice in fervent prayer and trying to surrender to the moment. “Then, all of a sudden, I’m deep into the chant, and I realize, ‘Oh my. It’s all gone.’ What happened 30 years ago disappears. There’s no room for it in my head.

“Chanting is my drug of choice,” she says emphatically. “It is my valium.” In 2012, she attended Jai Uttal’s kirtan camp and has since become a kirtan singer in her own town, eager to share chanting with others in her community.

Satya hopes more forms of financial aid will become available for veterans so that they can experience the healing power of chant. “There are a lot of injured veterans in this country, veterans who are missing legs and arms, veterans who will never be normal. These are the people who need to be exposed to kirtan, because it works.” 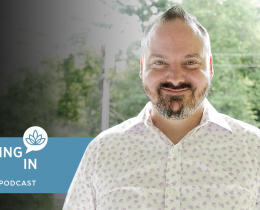 Ignite the Power of Love 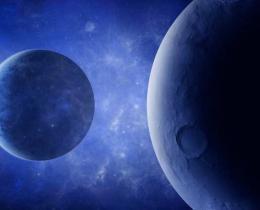 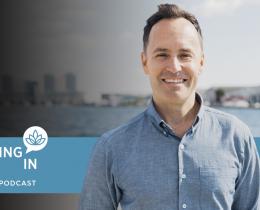