Recent research on energy psychology shows positive results in addressing some of our most challenging health issues today.

More than 60 research studies have been published on energy psychology modalities and 59 of the 60 have shown efficacy, according to the Association for Comprehensive Energy Psychology.

In comparison, most of the 400 identified forms of psychotherapy have little or no research to validate them. Energy psychology is both evidence-based and in the top 10 percent in terms of research for psychotherapy modalities, according to the association.

“Tapping on acupuncture points while bringing specific thoughts and scenes to mind seems so simple as to be laughable, yet it is an extremely potent psychological tool,” said clinical psychologist David Feinstein. “With it, we can rapidly change the neural pathways that maintain many mental health challenges and also create shifts in the way the brain processes information that bring out the best in us. Clinicians using the method have known this for years, and the research is beginning to confirm their impressions.”

In February 2016, the National Repertory of Evidence Based Practices and Procedures, a division of the U.S. Substance Abuse and Mental Health Service Administration, validated Thought Field Therapy as an evidence-based treatment.

In Thought Field Therapy, a practitioner diagnoses which energy meridians are out of balance and directs a client to lightly tap on certain parts of their body while focusing on the issue at hand. It is effective for trauma, self-regulation, and personal resilience and has demonstrated promise for phobia, panic, and generalized anxiety disorders, along with depression and general well-being.

Emotional Freedom Techniques is one of the most popular forms of energy psychology. It is used by millions of people for a variety of health concerns and psychological issues. It works by using a combination of acupressure points, along with psychological approaches, to produce relief from distress. And it works for people who have not had successful results with other methods, such as talk therapy.

Emotional Freedom Techniques are currently under review by National Repertory of Evidence Based Practices and Procedures, in the U.S., and by the National Institute for Clinical Excellence in the U.K.

New research also shows that energy psychology has the power to regulate our genes. Stress can create changes in hormones such as adrenaline and cortisol, which can have a huge impact on immunity and cell repair. By reducing stress and promoting relaxation, energy psychology regulates neurons, hormones, and the genome.

One small study found that Emotional Freedom Techniques may cause changes in gene expression by studying saliva before and after a therapy session.

“The findings indicate Emotional Freedom Techniques is an epigenetic intervention with the potential to affect the expression of dozens of important genes," said epigenetics pioneer Dawson Church.

Just as many infectious diseases were wiped out thanks to breakthroughs in public health, energy psychology may be the next frontier for addressing some of our most challenging health issues. 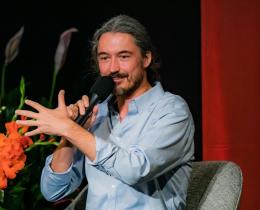 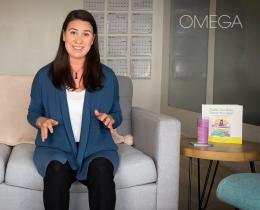 Empowering Kids for This World 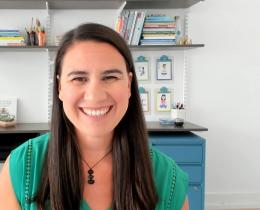