Glenn Black began studying yoga and bodywork while in high school. By the time he graduated in 1967, he had completed the 53 self-realization lessons of Paramahansa Yogananda.

In the late 1970s, Black spent two years studying Kriya Yoga with Swami Vivekananda from the Bihar School of Yoga. His yoga studies also include decades of involvement with Yogi Ramacharaka’s books on Raja, Hatha, and Gnani Yoga.

For many years, Glenn led monthlong Kriya Yoga trainings in Costa Rica. He continues to train students in shorter retreats in the United States and Switzerland. 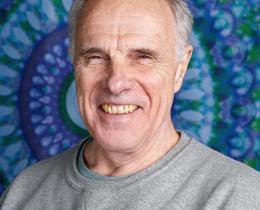