Gloria Steinem is a writer and an activist who for more than four decades has been a leader in the women’s rights movement.

In the early 1960s, when there were few women journalists and almost no women covering politics, Steinem invented her career as a freelance writer with a political beat, helping to found New York magazine in 1968. She once defined feminism as simply “the belief that women are full human beings.” She was published in Esquire, the New York Times Magazine, and women's magazines, as well as publications in other countries.

When the women’s movement began changing society, Steinem was at its helm, helping to found Ms. Magazine in 1972, the National Women’s Political Caucus, the Women’s Action Alliance, and the Ms. Foundation for Women. Then, in the 1980s and 1990s, Steinem became a best-selling author with books that include Outrageous Acts and Everyday Rebellions, Revolution From Within: A Book of Self-Esteem, Doing Sixty and Seventy, and Moving Beyond Words.

Parenting magazine selected her for its Lifetime Achievement Award in 1995 for her work in promoting girls' self-esteem, and Biography magazine listed her as one of the 25 most influential women in America. In 1993, she was inducted into the National Women's Hall of Fame in Seneca Falls, New York. She has been the subject of two biographical television documentaries, and The Education of a Woman, a biography written by Carolyn Heilbrun.

What People are Saying About Gloria Steinem

“Gloria Steinem is herself a one-woman revolution.”
— Susan Faludi, author of Backlash 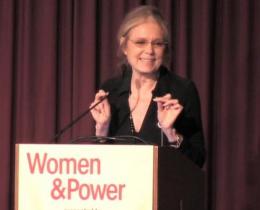 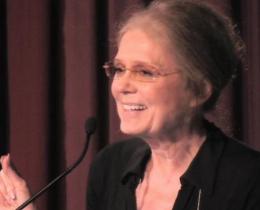 Race is a Fiction 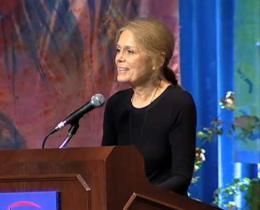 The Economic Value of Caregiving