Sue Monk Kidd was raised in the small town of Sylvester, Georgia, a place that deeply influenced the writing of her first novel The Secret Life of Bees. She graduated from Texas Christian University in 1970 and later took creative writing courses at Emory University and Anderson College, as well as studying at Sewanee, Bread Loaf, and other writers conferences. In 2016, TCU conferred on her an honorary doctor of letters degree.

When her first novel, The Secret Life of Bees, was published by Viking in 2002, it became a genuine literary phenomenon, spending more than 2½ years on the New York Times best seller list. It has been translated into 36 languages and sold more than 8 million copies worldwide. Bees was named the Book Sense Paperback Book of the Year in 2004, long-listed for the 2002 Orange Prize in England, and won numerous awards. For over a decade, the novel was produced on stage by The American Place Theater, and in 2008 it was adapted into a movie by Fox Searchlight, which won the People’s Choice award for best movie and the NAACP Image award for best picture. The 2019 off-broadway production at The Atlantic Theater won the AUDELCO VIV award for best musical. The novel is taught widely in middle school, high school, and college classrooms.

Kidd’s second novel, The Mermaid Chair, has sold well over a million copies since its publication by Viking in 2005, reaching #1 on the New York Times best seller list and remaining on the hardcover and paperback lists for nine months. Winner of the 2005 Quill Award for General Fiction, the novel was longlisted for the International IMPAC Dublin Literary Award, translated into 24 languages, and made into a television movie by Lifetime.

The Invention of Wings, Kidd’s third novel was published in 2014 by Viking to wide critical acclaim. It debuted at #1 on the New York Times best seller list where it spent a total of 9 months. It has sold over a million copies and been translated into over 20+ languages thus far. The novel has won several literary awards, including the Florida Book of Year Award and the SIBA Book Award. It was also nominated for the International Dublin Literary Award and was chosen for Oprah’s Book Club 2.0.

Her book When the Heart Waits, published by Harper SanFrancisco in 1990, has become a touchstone on contemplative spirituality. In 1996, Harper published The Dance of the Dissident Daughter, describing Kidd’s journey into feminist theology, a memoir that had a groundbreaking effect within religious circles.

Kidd’s much anticipated novel, The Book of Longings, was published April 21, 2020. She serves on the Writers Council for Poets & Writers, Inc. 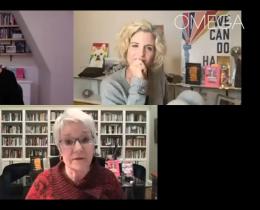 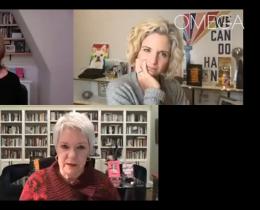