T. Morgan Dixon is the cofounder of GirlTrek, the largest public health nonprofit for African-American women and girls in the United States. Through grassroots organizing and award-winning social media campaigns, GirlTrek supports more than 1 million members, encouraging women to use walking as a practical first step to inspire healthy living, families, and communities. GirlTrek’s active members also support local and national policy to increase physical activity through walking, improve access to safe places to walk, protect and reclaim green spaces, and improve the walkability and built environments of 50 high-need communities across the US.

Morgan is a street-organizer who is inspired by her family and the philosophies of women like Ella Baker and Septima Clark. Prior to co-founding GirlTrek, Morgan was on the front lines of education reform and served as director of leadership development for one of the largest charter school networks in the country, Achievement First. Before Achievement First, Morgan directed the development and start-up of six public schools in NYC for St. Hope and the Urban Assembly—two organizations funded by the Bill and Melinda Gates Foundation.

In 2012, Morgan was awarded Teach For America's 2012 Social Innovation Award and in 2014 was named among the top 1% of global social innovators by Echoing Green as well as an Ashoka Fellow. She has been a featured on CNN, in The Washington Post, and The New York Times. Morgan earned a Bachelor of Arts in Political Science from the University of Southern California, a Master of Education Policy and Leadership at Seton Hall and currently serves on the Boards of Trustees for both the National Outdoor Leadership School (NOLS) and Teach for Haiti. 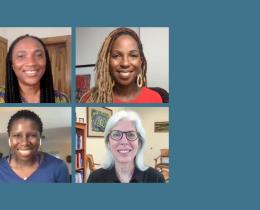 Finding Joy in the Middle of the Fire

Finding Joy in the Middle of the Fire 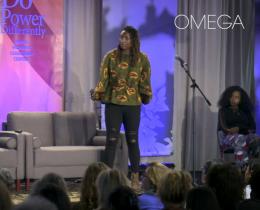 Gathering Strength From Our Ancestors

Gathering Strength From Our Ancestors