4 Questions to Help You Live a Stress-Free Life | eomega.org Skip to main content
A new season of Omega Teachers Studio workshops is up for sale! Learn More

4 Questions to Help You Live a Stress-Free Life

Our thoughts can cause us a tremendous amount of suffering. Using a process called The Work, created by Byron Katie, you can turn those thoughts around and dissolve the stress in your life.

People talk about living in “the now.” I live in the now all the time, and so do you. Actually, there’s nowhere else you can live. You may not always be aware of it, though. Have you ever stopped to realize that even “now” is the story of a past? As soon as you think it, the now is gone, just like everything else in the world.

When you know you are living in the now, there’s no past or future, and therefore no stress. Is it possible to live totally without stress? Yes, indeed it is. I discovered that 25 years ago. I found a technique I called The Work. More accurately, The Work found me, at a time when I was desperate and suicidal, and had been for ten years. Then, one morning, I woke up, and all that suffering was gone, and it never came back. I fell in love with reality.

When you know you are living in the now, there’s no past or future, and therefore no stress.
—Byron Katie

Being in love with reality is great, but it took The Work for me not to lose that awareness. What I learned in that moment was that all our suffering comes from believing our stressful thoughts. I saw that when I believed any of the stressful thoughts passing through my mind, I suffered, but that when I questioned these thoughts, I didn’t suffer. This is true for every human being. We believe a stressful thought and suffering follows.

The Work is a way to step in between thinking a thought and believing the thought. You do The Work on the stressful thought, and amazingly enough, you may see that it’s just not true. You’ve been tying yourself in knots, and often your partner too, over a false belief. And you get to see, in detail, the cause-and-effect of the thought. Not only that: Through doing The Work on a thought, you get to see, in depth, who you would be without it—who you are without it.

The reversal can be immediate. I keep seeing people turn their lives around. They change their relationships, health, or finances, in five, ten, or fifteen minutes, because of the simple realization that what they’d believed for years is untrue. Anyone with an open mind can achieve that. It comes with an incredible feeling of freedom. If it’s not immediate, if it takes more inquiry and effort at undoing, that’s also the way it should be, and it’s wonderful.

The Work is simple. You take any stressful thought—for example, “He is mean to me”—and you question it, using the four questions of The Work. Keep in mind that your answer to the first two questions is either a yes or a no—just one word, with no explanation, no “but” or “because.” Whatever answer you discover, notice, be still, and then gently move to the next question and wait for your answers to appear.

2. Can you absolutely know that it’s true?

3. How do you react, what happens, when you believe that thought?

4. Who would you be without that thought?

After you answer the four questions, you do what I call the turnaround, which is a way of experiencing the opposite of what you believe. For instance, if your stressful thought is, “He’s mean to me,” your turnarounds might be “He isn’t mean to me,” “I’m mean to him,” and “I’m mean to myself.” For each turnaround, you find at least three specific, genuine examples of the rephrased statement is true in your life.

The point isn’t to prove who’s meaner. (Neither of you is mean. What you may be at worst is simply confused.) The point is to show that what you have believed, when investigated, turns out to be the cause of your suffering. You can never suffer because of the person you are blaming. When you realize that truth, no one can ever hurt you. The world can’t ever cause you a problem; it’s only what you believe about the world that causes your problems.

The Work is not about stopping thoughts or emptying your mind. That’s not possible, and even if it were, what would be the point? I love every thought that has come to me in 25 years; every one of them is the beloved. You can’t let go of a stressful thought, because you didn’t create it in the first place. A thought just appears. You’re not doing it. How can you let go of what you have no control over? Once you’ve questioned the thought, you don’t have to let go of it, it lets go of you. It no longer means what you thought it meant. The world changes, because the mind that projected it has changed. Your whole life changes and you don’t mind, because you realize that you already have—you already are—everything you ever wanted.

You have the thought, “It’s too late for me to learn a new skill.”

Question 1—is it true that it’s too late for you to learn a new skill?

“Yes!” you may answer. “I’ve tried and tried…” This answer feels real to you, it comes from your frustration. That’s your integrity in this moment.

But—Question 2—can you absolutely know that it’s true that it’s too late for you to learn a new skill? Can you foretell the future? Are you the world’s greatest expert on learning (and could even the world’s greatest expert absolutely know the answer)? You may answer “No” this time. It’s interesting that this truth that you may have been totally convinced of may not seem so solid anymore. Isn’t that nice to know? You may have lost a little of your cherished, long-cultivated pessimism.

Then—Question 3—how do you react, what happens, when you believe that it’s too late for you to learn a new skill? You feel frustrated. You remember all those times from childhood onward when you believe you failed at things. You feel discouraged, reinforcing the difficulty. You snap at the cat. You eat a pint of ice cream because if you can’t do or learn a new skill, what’s the point? All this because you believed your thoughts, the thought that you can’t do it, as well as the underlying thought that if you can’t do it, you’re a failure.

Question 4, “Who would you be without that thought?” I love Question 4. Like the other three questions, it is meditation, or mental yoga. It undoes what believing the thought has done to you. I’m not asking you to drop the thought, even if that were possible. All I’m asking is for you to consider who you’d be in that same situation if you didn’t believe the thought. You might answer, “Without that thought I’d naturally be more open to learning a new skill, so I’d be more conscious and patient, and I would probably master it sooner. I’d feel more confident. Maybe I’d even feel excited.” Take your time. See yourself in the same situation, only without the stressful thought. Who would you be if you didn’t even have the ability to think that thought?

After you’ve answered the four questions, you turn the thought around. “It’s not too late for me to learn a new skill.” Could that be as true as the original thought? Here are three examples of why it could be true: 1) You’ve successfully learned new skills before, even though you may have been anxious about every one of them at first. 2) You can find many resources to teach you. They’re all around, on the Internet, in bookstores, and people are only too happy to help. 3) You can keep learning even when you feel discouraged, and make progress little by little. Three undeniable reasons, and I invite you to think of more.

There! You’ve done The Work on a stressful thought. It’s the kind of thought that you, and everyone else on earth, repeatedly suffers from, whether it’s about a skill or a business venture or a relationship or your parents or friends. It’s a universal belief, and it could be that you have just discovered it to be a delusion. It could be that “don’t know” is what you have discovered, and that is, for me, huge. The “don’t-know mind” is much more open than the “I-know mind.” It always leaves room for possibilities, growing, and learning. It gives you a sense of fearless open-mindedness.

If we keep at it, we find that every stressful thought we investigate loses its power over us. Amazing! Thought after thought unravels. It’s such a joyous letting go, and it leaves you with a life of spaciousness, freedom, and more joy than you could ever imagine. 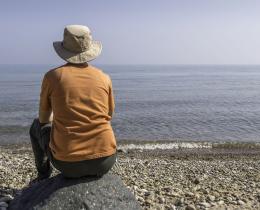 You Already Have the Perfect Body 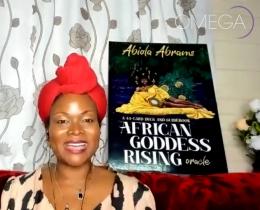 Awaken to Your Own Truth and Magnificence

Awaken to Your Own Truth and Magnificence 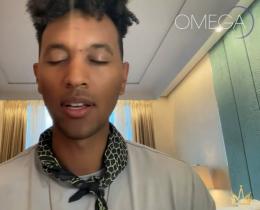 How would you answer Baca’s question?