Closing the Gender Gap at Work

Barbara Annis explains how assumptions about male and female coworkers keep us from success in our professional lives and how acknowledging them will close the gender gap at work.

Women are not as content as men are in today’s workplace. From the boardroom to the conference room, women often feel they’re being treated and valued differently than men. They feel their ideas are ignored or dismissed during meetings, they feel excluded from formal decisions and informal events, and they often feel passed over when challenging assignments are awarded.

We all want to perform at our very best. Yet, our false assumptions about the men and women we work with—our gender blind spots—prevent us from achieving greater success. —Barbara Annis

Interestingly, the higher up in the organization, the more frequently women will cite these feelings of disappointment and career unfulfillment.

Men, on the other hand, are generally comfortable with the business rules of engagement. Many claim they’re unaware of how their behavior affects women. They just assume that their female colleagues approach work the same way men do.

Surveys bear out these perceptions and reveal significant gender gaps in how men and women view women’s satisfaction with their jobs and women’s opportunities for advancement.

We all want to perform at our very best. Yet, our false assumptions about the thoughts and actions of the men and women we work with—our gender blind spots—prevent us from achieving greater success in our professional and personal lives.

Although women’s feelings of exclusion are very real, and they’re more than justified in wanting men to change in order to create a more collaborative working environment, their blind spot is in assuming men’s actions are intentional. Men’s blind spot is in not being aware of how their actions often impact the women on their teams.

Here are a just a few examples:

The first step in removing our gender blind spots and closing the gender gap is accepting the fact that men and women are not the same. The more men and women grow to understand their differences and what really influences those differences, the more insight they’ll gain into each other’s needs. Through gender intelligence, men and women can learn to stop the blame game. They can begin to find the complement in their differences and as a result, find greater success and satisfaction in their work life and personal life. 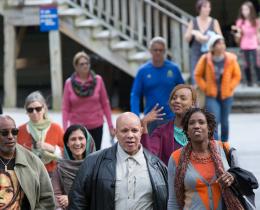 6 Takes on Equality for Women & Men 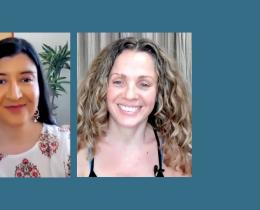