How to Hold Onto Your Heart in Dark Times | eomega.org Skip to main content

How to Hold Onto Your Heart in Dark Times

Author Mark Matousek has spent decades gathering wisdom from trauma survivors. What he's learned can help us all remember the resilience of the human spirit, no matter what challenges we face.

A few years back, I interviewed a man named Francis Bok who had written a riveting memoir called Escape From Slavery. The book detailed the 10 years he’d spent in captivity after being kidnapped from a marketplace in his native Sudan at the age of seven. Housed in a pigsty, tortured, and taunted, Francis barely survived his ordeal before he managed to escape under cover of night and find his way to a refugee agency that eventually sent him to the United States.

Sitting with Francis in his tiny Boston apartment, he told me about those hellish years in a voice so soft I could hardly hear him. He looked like a Giacometti sculpture dipped in blue-black ink, six-feet seven, rail thin, and gawky; and yet, as Francis described the grief and shock of losing his entire world, I detected no bitterness or anger. How was it possible to survive an ordeal like this without becoming a victim for life? The wisdom of his answer was startling.

“I am a Christian,” Francis said with a shy smile. “No matter what happens, I try to take it soft.”

What did he mean by soft?

I was humbled by Francis Bok’s hard-won wisdom, which returns to me on a daily basis, as the headlines grow more horrendous: war-induced famine, refugee death camps, species extinction, mass shootings, children torn from their families at borders. How can we live with this onslaught of grief, the heartbreaking facts of all that we know? How do we not lose our forgiveness or silence our hearts in the midst of such horrors?

These are the questions many are asking today. In my own life, these questions have long been my focus, having grown up in a family marked by violence—rape, suicide, abandonment—and having lived with a near-fatal illness for 30+ years. Survivor wisdom like Francis Bok’s is just what we need in these dangerous times, which is why I’ve spent decades collecting this wisdom from survivor artists around the world. We need to be reminded of what’s possible, even in the darkest times, and how unsinkable the human spirit is when confronted by its own limitations.

Here are a few of my favorite teachings—truths that have gotten me through the night and inspired me at times when I needed it most:

1. It Is in Each Other’s Shadow That We Flourish

Mary Robinson, the former president of Ireland, explained this to me following 9/11 as she described how her country had survived the bloody conflict between the Catholics and Protestants that raged on for decades. Robinson learned that neighborliness and generosity were the saving graces of social collapse. We heal through connection to others in pain, and worsen, terribly, through isolation.

2. Something Else is Also True

Regardless of what may be happening, there is always another side to experience. I learned this from Maria Housden, who lost her two-year-old daughter to cancer.

“I realized that no matter what is happening, something else is also true,” Housden learned while surviving a mother’s worst nightmare.

There’s a doubleness to all experience, as well as a paradoxical element. Would the #MeToo movement have coalesced so powerfully—and quickly—without Harvey Weinstein? The likely answer is no.

Humans are a species that survives by meaning. The ability to find meaning in terrible things enables us to bear our heaviest burdens by giving them redemptive value. As Viktor Frankl, the author of Man’s Search For Meaning, learned during his time in Auschwitz, “Despair equals suffering minus meaning.” Meaning often takes shape in the form of some sort of positive action. When you find some purpose in painful times, you can suffer (and witness the pain of others) without losing heart entirely.

4. You Can Choose Your Response

Frankl also noticed a remarkable thing during his imprisonment: no matter the evil that confronts a person, they have the power to choose their response.

“Everything can be taken from a man but one thing. The last of human freedoms—to choose one's attitude in any given set of circumstances, to choose one's own way,” Frankl wrote after seeing a dying man give away his last piece of bread.

Confronted by grief, you can choose to respond with malice, aggression, and blame, or reach deeper into your being for compassion, love, and beauty.

The actions you take in response to suffering come to determine your spiritual health. In witnessing things that cause us grief, the wisest, most direct path to wellness is to make some small effort toward the good. We don’t need to be heroes in order to be engaged. “Do small things with great love,” counseled Mother Teresa. Choice leads to action, action leads to meaning, and meaning leads to resilience.

The great challenge of times like ours is not to become part of the problem. When you echo the misery you see around you, sacrifice your optimism to cynicism, and withdraw into hopelessness, you conspire with those who would destroy you. Creativity is an antidote to self-sabotage.

“When we learn to take the shit of our lives and make it into something beautiful, that’s genius,” a handicapped young priest said to me. She likened this reshaping to “found art.”

It’s important to have a context for grieving, a place where you can fall apart, where nobody tries to cheer you up. It’s also crucial not to reject your grief, and to remember that this thing we call “closure” is a psychological myth. Suffering can end but pain will continue because we’re human, empathic, and wounded. There’s no shame in grief or grieving. By making space for your own sadness, it loses its power to dominate your life.

Do your best not to overexpose yourself to horrors you cannot alleviate. That means limiting the amount of daily news you take in, avoiding online slugfests, and resisting the impulse to obsess over every catastrophe in the world. It takes discipline to say no to the voyeur within us who wants to be horrified, shocked, and appalled; to say enough once we’ve informed ourselves and do not require more information.

9. Know Your Own Shadow

It’s critical that we practice metanoia—the ancient Greek discipline of recognizing the enemy in ourselves, in order to become mature adults. “Nothing human is foreign to me,” said the philosopher Horace. Remembering your own fallibility is critical to maintaining spiritual health rather than becoming self-righteous. The humbler you are about your own failings, the more generous you can be.

10. Allow Loss to Change You

In order to grow from suffering, to be deepened rather snuffed out by pain, we must allow ourselves to be changed by our losses. This is an alchemical process of turning darkness into wisdom and strength.

A photographer who’d lost his sight—then became a world-class artist—put it to me this way. “It’s like going through a fire. You’re gonna come out gold on the other side or you’re not gonna come out at all.”

The same holds true for the world’s pain, which threatens to burn us at every moment. We can go up in smoke or be transformed.

11. You’re Stronger Than You Think

We vastly underestimate our own limits, and the capacity to move through the grimmest of times. We tend to see ourselves as weaker, more frightened, and victim-like than we are, which is why crisis can be an awakener. Hard times allow us to transcend our own limits and become heroic in our own lives. Every time you come to an impasse—a dark moment you think you cannot endure—and move forward anyway, you grow in proportion to your own resistance.

Suffering is pain plus a story. We live by creating narratives (one of which is what our life means), and those stories help us make sense of the world. “We tell ourselves stories in order to live,” author Joan Didion wrote. It’s critical to question the stories you’re creating from the suffering you see around you; also the beliefs, expectations, prejudices, and blind spots that grow out of these stories. The narratives you choose to live by can make the difference between despair and enlightenment.

13. Forgiveness Is Your Secret Weapon

The ability to let go of the past, stay present, and accept life on its own terms, may be the most powerful tool of all for surmounting adversity without losing faith. Remember that forgiveness is an inside job that has nothing to do with the other person (or whatever it is that’s keeping you stuck).

“Forgiveness is a selfish act, so as not to be controlled by your past,” said Holocaust survivor Eva Eiger. It has nothing to do with condoning, forgetting, becoming complacent, or giving the “bad guy” a free pass. The same goes for coping with current events. Do you allow your rage and blame to control you? Or do you let yourself off the hook and use the energy of rage and blame to do something useful for the world?

We can rise or fall when times get tough. Desperate times call for compassionate measures. 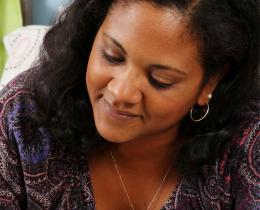 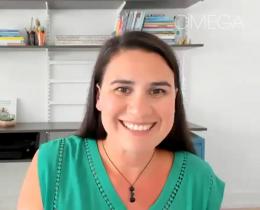 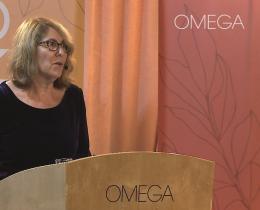