Carla Goldstein speaks at the TEDx: Practicing Change and asks how we can bring a more conscious approach to activism and stand up for our rights while grounded in peace and empathy.

How can we bring a more conscious approach to activism? How can we stand up and fight for our values and rights, while staying grounded in peace and empathy? These are the questions Omega's Chief External Affairs Officer and Women's Leadership Center cofounder Carla Goldstein brought to the TEDx Washington Square stage during Practicing Change.

"Grounding in peace and love does not mean that we have to get soft." —Carla Goldstein

Goldstein started her career as an activist and lawyer, to help change the systems that supported injustice and conflict. She spent a decade fighting the good fight—emphasis on fight—in public policy and women's rights, starting and ending each day working to defeat the enemy "other." A health crisis helped her realize that while she valued peace and love, her advocacy was fueled by anger and rage, and she began looking for a more integrated approach to change.

Her healing journey—which included Eastern practices like yoga, meditation, and tai chi—brought her to a greater understanding that we are all interconnected, even with "our enemies." This helped shift her perspective about our social change process, which she says "has to be both personal and structural—it's an inside and outside job.”

Goldstein's talk on "practicing change" helps weave a larger narrative of the innovative ways transformation is happening around us—from the microscopic neural changes through mindfulness, to the systemic institutional changes happening in our prisons and businesses. 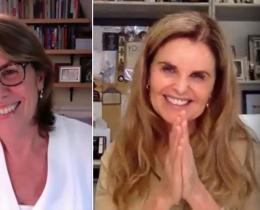