Peter Buffett has had an acclaimed career that spans nearly 30 years as a professional musician, Emmy Award-winning composer, philanthropist, and author of the New York Times best-selling book, Life Is What You Make It.

Born in Omaha, Nebraska, Buffett began his career writing music for commercials, and then moved to composing for film and television. Some of his renowned compositions include his Native American-inspired music, such as for the memorable fire dance scene in the Oscar-winning film Dances With Wolves; the score for 500 Nations, the eight-hour Emmy-awarded CBS miniseries produced by Kevin Costner; and the live Native American-inspired musical production, Spirit: The Seventh Fire, which premiered on the National Mall for the opening of the Smithsonian’s National Museum of the American Indian in Washington, D.C.

Since 1987, Buffett has released 15 records on various labels. He has also collaborated with Grammy-nominated recording artist Akon and Grammy-winning artist Angelique Kidjo on human rights inspired songs, one of which debuted at a special event at the United Nations General Assembly.

Peter and Jennifer were named in Barron’s list of top 25 most effective philanthropists in 2009 and 2010.

What People are Saying About Peter Buffett

“Peter Buffett challenges us all to balance ambition and service, personal goals, and work for the common good.”
—Eve Ensler, author of The Vagina Monologues

“Because Peter Buffett could have had a derived identity and chose not to, he has power and credibility when he tells us how to find a unique self by doing what we love.”
—Gloria Steinem, American journalist and activist 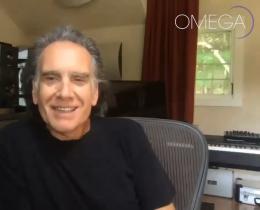 Feeling a Lump in Your Throat? You're Not Alone

Feeling a Lump in Your Throat?

By Peter Buffett and Elizabeth Lesser 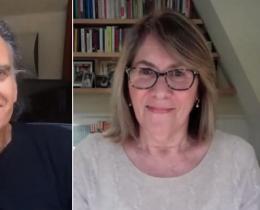 By Peter Buffett and Elizabeth Lesser 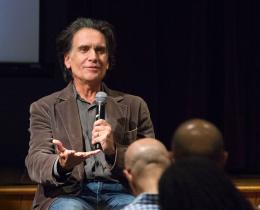