Texan Jimmie Dale Gilmore is a Grammy-nominated singer/songwriter. In this interview he talks about the instruments he wishes he could play, songwriting, and what matters to him most.

Omega: What instrument would you still like to learn how to play?

Omega: Do you match your music to your mood or can music dictate a mood?

Jimmie: It’s hard to say. It depends on if you’re talking in terms of writing or performing. For writing, it doesn’t have much to do with the mood of the immediate moment because it’s usually a slow process. With performing, I very much try to sense it. I’ll go into a performance generally with a set list, but sort of sense the way the audience is going, sense whether it’s a more thoughtful listening crowd or if it’s a crowd that's ready for excitement, you know, up tempo. It’s not something that you can really know ahead of time.

Omega: How is songwriting a tool for self-discovery?

Jimmie: I think any form of writing can be a tool for self-discovery. With songwriting, half of it is poetry. It can also be very akin to journaling. And since journaling and poetry are both tools that some people use for their own personal discovery, then writing music definitely can have those aspects to it. Some people can do it sort of frivolously and without very much thought or investment, and still come up with really good songs. Many times, you just come up on little thought patterns and things, and you make associations that you might not have made otherwise. But for some people of a certain temperament, and I’ve always been of that temperament, the self-discovery part ends up being in my music, too.

Omega: What is the most challenging part of songwriting for you?

Jimmie: I’m essentially lazy [laughs],so it’s the finishing of a song. The ideas flow naturally to me, but when it comes to the actual sitting down and putting it into form, that’s like homework. But you have to do that. In a way, one of the most rewarding parts is also the most challenging. It really has the most return in it.

Omega: One of your albums is called Heirloom Music. Can you talk about what that title means to you and your own musical inheritance?

Jimmie: The title came from Warren Hellman, who I did the record with. The idea was kind of like forgotten treasures, you know, songs that have been handed down—a lot of them had been mostly forgotten by the general public. But they’re still there. They’re still part of the music heritage that was the backdrop to the popular music that we have now. I thought that title was particularly apropos for the music we did. It was really old-timey music that happened to be the kind of music that Warren shared.

Growing up, I was at the perfect age to be really deeply influenced by the folk music movement of the late 1950s and 1960s and I was very much into country music because I was raised in Texas, but also rock-and-roll. I loved rock-and-roll. But when I discovered folk music, that’s where the historical part of it started to interest me so much. The popular music had come from, in a sense, the Appalachian music and mixed with the blues, and it's what created country music and then rock-and-roll. It was interesting when I started hearing the connections between the really old music and the music that I already was familiar with.

Omega: You wrote a tribute album for your father. Can you talk about the process of writing that?

Jimmie: Well, those were all songs that I already loved. The hard part was that there were so many more that I wanted to put on there. I had such a large backdrop of stuff that I would have loved to play for my dad. He was already gone by the time we made that record. So that’s one of the big regrets in my life. But my dad was a real fan of my music. Music was so much a part of my relationship with my dad; it was something that we shared from the time I was a tiny kid. My dad loved music, and he had a pretty limited range of the stuff that he liked. Later on, I started liking a whole lot of music that he never could relate to, but I didn’t stop liking the stuff that he and I shared. I didn’t reject the old-time music, like a lot of people did. A lot of young kids will reject their parents’ music. It’s almost like they go into another kind of music to get away from their parents’ music. But with me, it wasn’t like that at all. I continued to share my love of that music with my dad even up until the time he died.

Omega: What’s your personal spiritual practice? Is it hard to keep up when you’re on the road?

Jimmie: My dharma teacher is Anam Thubten Rinpoche. We met him as a result of Janet [Jimmie's wife] getting to know Lama Tharchin Rinpoche at Omega in 1997. And, of course, yeah, the regular practice is sometimes a little difficult when you’re on the road. But to me, the whole essence of my spiritual practice is so tied up really in just life itself. That’s part of the purpose of Buddhism in my way of understanding it. It brings spiritual understanding into your everyday life.

Jimmie: The planet Earth. Specific places never really mattered a whole lot to me. I’m more attuned to people than places. So I have a lot of love for, especially as I've gotten older, my family and my friends. They are the most important thing to me. 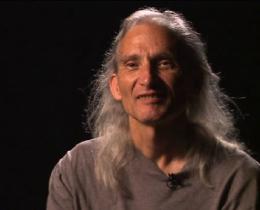 Creativity is a Necessity for Human Beings 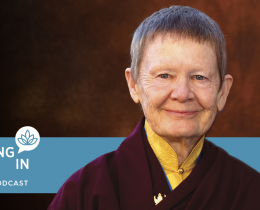 Swimming in the Middle of the River 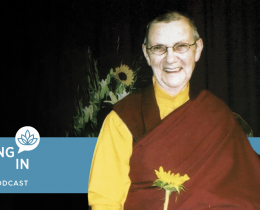