In the summer of 2016, 10 male veterans came to Omega on scholarship for a weeklong yoga retreat to help them with issues related to post-traumatic stress, often referred to as an invisible wound. Here's their story.

Drew, who served in the U.S. Army in Iraq in both 2007 and 2008, came to Omega to help heal both his mind and his body. Dealing with a brain injury and post-traumatic stress, he was looking for a holistic way to reset his nervous system.

He says returning to civilian life was much harder than his service, and he was not prepared for the difficult transition. “You get caught up and lost, and then you have friends taking their own life,” he said. “I needed somewhere to reset.”

“One of the symptoms, they say, of suffering from a brain injury or having post-traumatic stress, is that you feel like you have no future,” he said. “I would have thought that you were silly to say you’re going to heal all of these terrible things. But it [the workshop] honestly has been the biggest healer for me—just learning more about myself and what my own body needs. Doing this workshop has honestly given me more of a future than I would have ever hoped for.”

Doing this workshop has honestly given me more of a future than I would have ever hoped for.

—Drew, a participant in the Veterans Yoga Retreat

Benefits of Yoga for Veterans

Guided by adaptive yoga teacher Annie Okerlin and veteran Nicholas Caris, the veterans in the workshop learned how to modify yoga postures to accommodate unique physical limitations and ailments, including chronic pain, joint and spinal pain, neck and shoulder discomfort, and amputations.

“Yoga has extraordinary benefits for anyone who has been injured, but specifically when we’re dealing with the mind-body connection,” Okerlin said. “When people are first traumatically injured, the care is usually focused on the body level. So they’re healing the wounds, learning how to walk again if there’s been an amputation, dealing with the cognitive issues if there’s a brain injury. They get the body moving again and off they’re sent. The reality of the deeper element, the unseen injury, can be so challenging with regards to reintegration into home life and into community.”

The group also practiced iRest (Integrative Restoration) sessions daily, which is a technique endorsed by the U.S. Army Surgeon General and offered at military hospitals throughout the country. The practice is based on the ancient practice of Yoga Nidra, and helps promote deep relaxation, awareness, and acceptance of everything as it is.

“With yoga we learn techniques to settle back into the self, whatever that is now,” Okerlin said. “Maybe it’s a different experience from prior to injury, but we begin to really use the tools of breath, centering, and focus to welcome ourselves exactly as we are right that moment.”

Another scholarship attendee named Ray, who served in Vietnam from 1966 to 1969, said that despite his anxiety about being in group settings, he was able to find some peace.

“I’m a recluse, and I generally don’t like being around people, but knowing that I was coming into a group of veterans let me know I was on an even playing field,” he said. “This particular workshop helped me just be okay with things the way they are right now. I have anxiety issues, so I can easily get wrapped up in the garbage that’s going on around me and feel very unsettled all the time. But doing yoga helps me get back here now, and to relax.”

Another veteran, David, spent 12 years in the U.S. Navy and said he didn’t have any yoga experience coming into the retreat. In fact, his sister enrolled him, telling him to clear his calendar and take the week off work. He was more surprised than anyone to participate and see the benefits.

“I am very fortunate to have a sister that cares about me a lot and participates in yoga,” David said. “It’s hard for me to stay asleep for a long time, and to find out I was one of the longest ones sleeping afterward…and I didn’t even know it! It was a huge eye-awakening experience for me to learn that I can let go. By the end we were all smiling, which wasn’t how we showed up.”

Research confirms the benefits of yoga and other relaxation practices for veterans and those who are dealing with post-traumatic stress.

“It’s really simple to just try yoga,” Caris, also a veteran, said. “All it takes is showing up and being there with yourself. Trust your breath and listen to your body. Be kind to your own self. That’s where everything starts. And once you go once, keep going. It only gets better with each practice and each moment that you’re with yourself on a mat.” 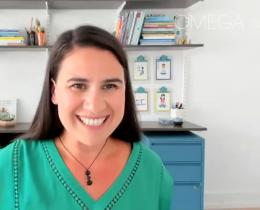 Tune Into Messages From the Body

The Power of Sisterhood