Vanish Into the Song

The call and response form of mantra chanting known as kirtan is a consciousness-transforming practice, directing the singers to vanish into the song as drops merge into the ocean.

Kirtan (from the Sanskrit word meaning “to sing, to praise”) is a folk form of mantra chanting that arose from the Bhakti movement of 15th century India, originally played and sung by musicians with very little in the way of formal training. The Bhaktis felt that religion had become a tool of oppression and division, instead of being an instrument by which people thrived and found connection and liberation.

The message of the Bhakti movement was simple: cultivate ecstasy. Joy is contagious. Distinctions such as higher and lower, sacred and profane, Hindu and Muslim are illusions. See the divine in one another. We all arise from the same source, and in the eyes of love, we are all the same.

In caste-bound society, this was, and still is, a radical message. The Bhaktis took mantras out of the temples and into the streets, reaching people with simple melodies, accompanied by handclaps and finger cymbals and drums. The Bhaktis saw the expression and the form of the divine in every direction they looked. Kirtan is still hugely popular in modern India, especially at large festivals.

The Evolution of Kirtan

The seeds of yoga were planted in the Americas in the mid 19th century. The Upanishads had been recently translated in to English, and were read by writers of the American Transcendentalist movement, who examined their own spiritual assumptions against these scriptures. Authors and poets Ralph Waldo Emerson, Henry David Thoreau, Emily Dickinson, and Walt Whitman, among others, believed that at the level of the human soul, all people had access to divine inspiration, and that all people sought and loved freedom and knowledge and truth.

In the 21st century, kirtan is no longer just an expression of Indian culture. The Bhakti message that all people have access to divine inspiration has had tremendous global resonance. Kirtan events now draw large audiences in the Americas, in Europe, Asia, and Australia, and Yoga philosophy has become firmly embedded in the awareness and culture of multitudes of people.

As kirtan has evolved, it has absorbed and reflected many different musical influences with origins outside the Indian world. The primary musical feature of kirtan is the use of call and response, a figure that also deeply informs bluegrass, gospel music, and jazz. Yoga points toward awareness of the essential oneness of things, so to align the individual-dissolving Eastern tradition of kirtan with the individual-expressing Western traditions of gospel and jazz and rock music is no contradiction. They both arise from the same impulse toward expressing what is ecstatic, liberating, and transcendent.

What Does Kirtan Do?

Kirtan is a consciousness-transforming practice, directing the singers to vanish into the song as drops merge into the ocean. The musicians and the crowd coalesce in a cloud of intelligence, turning together like a flock of birds, until the song itself vanishes into the blue skies of silence.

Sanskrit is the mother tongue of many modern languages, and a kind of periodic table of elemental sound-meaning. The mantras are primarily recitations of names given to gods and goddesses. They represent the most exquisite ideas and ideals, and at the same time portray qualities which are very human and familiar.

The word mantra literally means mind-protection, to guard the mind against the injuries of desire and projection and attachment. Mantras are intended as a tool with which the heart can release itself from the prison that the mind creates. Perhaps the true understanding of the mantras can be found in the sense of unity, well-being, and timelessness that they elicit. The mantras quiet the mind, and the music frees the heart.

It’s not unfair to say that the chanting of mantras is intended to be a completely mindless activity. Yoga philosophy doesn’t ask anyone to believe in anything. It asks us to practice, to examine and inquire of our experience until we can witness the truth in our own heart and awareness. It's possible to understand the mantras as ancient wisdom or psychological metaphor and also as complete nonsense. The effect on the chanter appears be the same, no matter what their understanding or intention is.

How Does Kirtan Work?

From the perspective of Eastern philosophy, the bliss we are seeking is already inside of us. So it is interesting that from a scientific perspective this is also a true statement. Bliss is an electro-chemical state that the body itself creates and maintains, and it is a state that we are apparently hard-wired to seek. Chanting is one of the world’s oldest means of finding it.

Chanting affects the areas of the brain that produce our sense of where our body ends and the world begins. It also slows and steadies breathing, producing hormone and neurological changes in the body that feel simultaneously calming and thrilling. One’s sense of separation diminishes, and one’s feeling of connection increases.

Moving from the individual level to the collective level, the effect is magnified. A group of people singing together, breathing together, is a cloud of intelligence, turning like a flock of birds. As the song itself vanishes into the skies of silence, it’s a mighty thing to be a part of. You feel intimate with all the strangers surrounding you, concurrently expansive and still. Intensely, vividly, alive.

Ecstatic experience begins when breathing slows down, gets deeper, and becomes established in a rhythm. This engages the parasympathetic nervous system and elicits a relaxation response. The brain releases norepinephrine and dopamine. Brainwaves slow from beta to alpha, and parts of the prefrontal cortex shut down.

Typical sensory filters are diminished, mental chatter ceases, the ability to recognize patterns increases, and new linkages between neurons arise. This stimulates the sympathetic nervous system, creating a feeling of excitement and intense presence. Creative breakthroughs occur as anandamide and endorphins are released.

Activity in the occipital parietal lobe of the brain diminishes, softening the apparent boundaries between self and world. Alpha states shift to theta states. Serotonin and oxytocin are released, eliciting feelings of peace, well-being, connection, and compassion. Confronted by a mass of neural blips, buzzing energy and sensory perceptions, the brain finds patterns, sorts things into categories, and searches for meaning. It creates stories, and in making up these stories, the world becomes tangible and real to us.

All that is meaningful to us happens in the mind, which means the mind is inherently mystical. But how can the mind come to see beyond itself? How can we transcend the limits of our consciousness? Singing, we move ourselves into a field out beyond questions and answers. Encountering bliss, the mind is still. 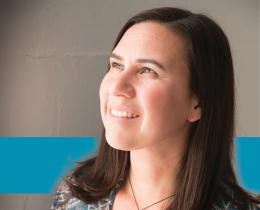 Navigating the Rising Tide of Anxiety in Kids 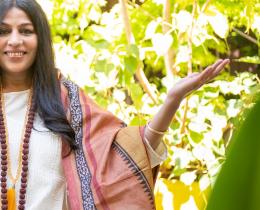 When Raging is a Goddess Thing to Do 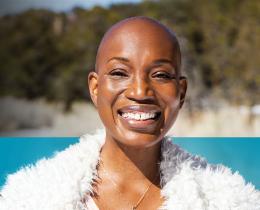