We are saddened by the loss of Debbie Ford, a special teacher and longtime friend to Omega, who passed away in February 2013.

Debbie Ford was a New York Times best-selling author and an internationally acclaimed expert on the shadow and personal transformation.

Creator of The Shadow Process Workshop and founder of The Ford Institute for Integrative Coaching, Debbie Ford was a pioneering force in incorporating the study and integration of the shadow into modern psychological and spiritual practices.

Her nine books, including The Dark Side of the Light Chasers, Spiritual Divorce, The Shadow Effect (with Deepak Chopra and Marianne Williamson), and Why Good People Do Bad Things, have sold more than I million copies, are translated into 32 languages, and are used in institutions of learning worldwide.

Ford hosted her own weekly call-in radio program on HayHouseRadio.com, and appeared on the Oprah Winfrey Show, Good Morning America, Larry King Live, and The Big Idea with Donny Deutsch.

A Message from Elizabeth Lesser, cofounder of Omega

I met Debbie Ford back in the day, when self-help books and spiritual workshops were just hitting their stride in American culture. Back then, most of the authors and teachers who came to Omega were teaching spiritual techniques for rising above the problems of the world, transcending the messiness, embracing silence, and inner peace.

Then there was Debbie! She marched to the beat of a different drummer, and I knew the minute I read her work that hers was the beat to follow. She believed, as did Carl Jung, that the first order of business on the spiritual path is to turn around and face your shadow—your darker impulses, your secrets, your insecurities and imperfections.

Yes, Debbie was all about joy and success and love, but she was also all about the nitty-gritty of being human. Here was this beautiful, original, brave young woman, talking honestly about her less-than-perfect qualities, and encouraging others to face their own shadow.

"Many of us are frightened to look within ourselves,” she said, “and fear has us put up walls so thick we no longer remember who we really are. By choosing not to allow parts of ourselves to exist, we are forced to expend huge amounts of psychic energy to keep them beneath the surface.”

She assured her students that inner peace and transformation were waiting for us, when we used that same psychic energy to look within, take responsibility for our lives, heal our wounded places, and celebrate our gifts. She called this the shadow process.

So many of Omega’s students thank us for the time they spent with Debbie in workshops and professional trainings. Ultimately, I believe that a world full of people who have turned around and faced their shadow will be a better world, a compassionate world. As Debbie said, "For when I can love all of me, I will love all of you."

Rest in peace and joy, Debbie. We love you. 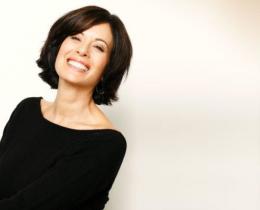 Discover the Secret to True Courage 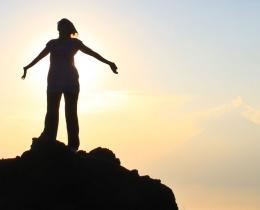 How Your Shadow Can Set You Free