Elizabeth Gilbert is a best-selling author and journalist.

Her memoir Eat, Pray, Love, published in 2006, chronicled the year Gilbert spent traveling the world after a shattering divorce. Translated into more than 30 languages, the book has sold over ten million copies worldwide.

Educated at New York University, Elizabeth Gilbert hails from an ascetic childhood in rural Connecticut. Fearless reporting skills, an appreciation for working-class values, and a longing to understand the world have made her not merely a writer, but an explorer. Gilbert worked in a Philadelphia diner, on a western ranch, and in a New York City bar to scrape together the funds to travel as she wrote.

Gilbert’s writing has been published in Harper’s Bazaar, Spin, GQ, and the New York Times Magazine. She was a three-time finalist for The National Magazine Award, and an article she wrote in GQ about her experiences bartending on the Lower East Side eventually became the basis for the movie Coyote Ugly. Her work was anthologized in Best American Writing 2001.

Gilbert’s first book, a collection of short fiction called Pilgrims, was a New York Times Most Notable Book and won the Ploughshares prize, among other honors. Her first novel, Stern Men, won the Kate Chopin Award in 2001. Her third book, The Last American Man, which explores America’s intrigue with the pioneer lifestyle, was a Finalist for the National Book Award the National Book Critics Circle Award.

In 2010, Eat, Pray, Love was made into a feature film starring Julia Roberts and Javier Bardem. That year Gilbert published Committed: A Love Story, which tells the story of Gilbert's unexpected plunge into her second marriage and explores the sociohistorical institution. Gilbert's latest book, her first novel in twelve years, The Signature of All Things, has been named one of the Best Books of the Year by The New York Times, O Magazine, NPR, and Time Magazine, was praised by the Washington Post as "that rare literary achievement: a big, panoramic novel about life and love that captures the idiom and tenor of its age." 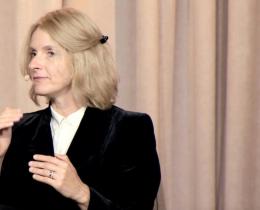 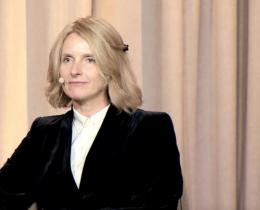 The Power of Women's Stories

The Power of Women's Stories