Erica Jong is the author of 19 books of poetry, fiction, and memoir, including Fear of Flying. Published in 1973,Fear of Flying has more than 27 million copies in print worldwide and has been translated into 40 languages.

In the four decades since Fear of Flying was published, Jong has written more than 20 books, including 10 works of fiction as well as celebrated nonfiction books such as What Do Women Want and Seducing the Demon.

In 2011, she published an anthology called Sugar in My Bowl: Real Women Write About Real Sex, and in 2012, a Kindle Single, A Letter to the President, which bravely takes on the issues facing American women today.

She has switched between fiction, nonfiction, and poetry almost effortlessly, becoming one of the most evocative poets of her generation with seven published volumes, and winning Poetry magazine’s respected Bess Hokin Prize. 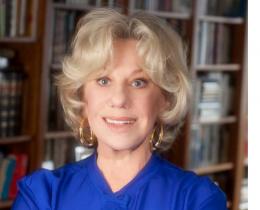 Writers Can Help Change the World