Loung Ung is a bestselling author, activist, and co-writer of a Netflix Original Movie directed by Angelina Jolie based on her memoir, First They Killed My Father, released in September 2017. In recognition of her work, The World Economic Forum selected Loung as one of the "100 Global Youth Leaders of Tomorrow."

Ung was born in 1970 in Phnom Penh. By 1978, the Khmer Rouge had killed her parents and two of her siblings, and she was forced to train as a child soldier. In 1980, she and her older brother escaped by boat to Thailand, where they spent five months in a refugee camp before relocating to Vermont through sponsorship by the United States Conference of Catholic Bishops and a parish in Burlington.

Fifteen years after her escape, Ung returned to Cambodia and learned that 20 of her relatives—among some 1.7 million others—had died at the hands of Pol Pot and the Khmer Rouge regime. This realization compelled her to devote herself to justice and reconciliation in her homeland.

Loung's memoir, First They Killed My Father: a Daughter of Cambodia Remembers was a recipient of the 2001 Asian/Pacific American Librarians' Association award for Excellence in Adult Non-fiction Literature, and has been published in Khmer, German, French, Spanish, Italian, Japanese, and other languages. She is also the author of Lucky Child and Lulu in the Sky.

Loung has made more than 30 trips back to Cambodia since she escaped in 1980. She has appeared in the New York Times, the Washington Post, and Ms. Magazine, as well as on NPR, CBS, NBC, CNN, Fox, and C-SPAN.

What People are Saying About Loung Ung

“Loung Ung is a rare and remarkable speaker.…[She has] a voice of strength, kindness, and most of all, of incandescent hope.…[It] empowers us to put down whatever hardship we might have endured and forge ahead to create the world we all would like to see.”
—Gail Straub, cofounder and executive director of The Empowerment Institute 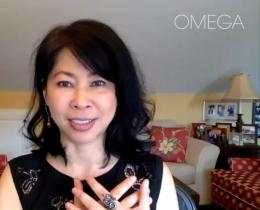 A Beautiful Moment of Mindfulness

A Beautiful Moment of Mindfulness

By Loung Ung and Elizabeth Lesser 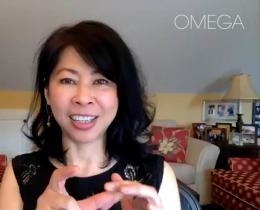 ROAR: An Exercise to Deal With Turmoil

ROAR: An Exercise to Deal With Turmoil 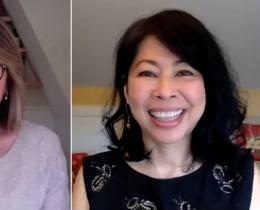 By Elizabeth Lesser and Loung Ung