Nina Rao is Krishna Das' assistant. She tours with him, playing cymbals and singing. She learned traditional chants from her grandfather in a village in south India when she was nine years old. The chants quietly stayed with her until she rediscovered chanting with Krishna Das in New York in 1996.

In 2007, she recorded a track, "Nina Chalisa," on Krishna Das’ CD Flow of Grace: Chanting the Hanuman Chalisa. In January 2013, she released her own double-CD Antarayaami: Knower of All Hearts, which includes devotional kirtan, bhajan, and a variety of Hanuman Chalisa melodies, as well as a duet with Krishna Das. 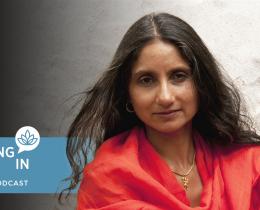