Ralph Nader continues to fight the good fight in government and in public opinion. He has been honored by Time magazine as "One of the 100 Most Influential Americans of the 20th Century." Nader helped create the Occupational Safety and Health Administration (OSHA), the Environmental Protection Agency and the Consumer Product Safety Commission. Due to his zeal, we now have safer drinking water, cleaner air and freedom of information. His citizen groups such as the Public Interest Research Groups flourish on campus and the national stage, striving to protect the public and advance social justice.

Many of Nader's most significant triumphs, including consumer rights, open government and more humane business practices, are fully integrated into our lives. Among his victories are the ideas and commodities we now take for granted: seatbelts, air bags, crash-worthy cars, better labeling on food, lower levels of lead in the environment, smoking awareness, and healthier eating habits. His latest works, Unstoppable: The Emerging Left-Right Alliance to Dismantle the Corporate State and Told You So: The Big Book of Weekly Columns, provide an overview of and solutions to the many problems confronting our society—citing examples from his books in which he de-constructs complex problems and illustrates solutions in very simple and effective language. 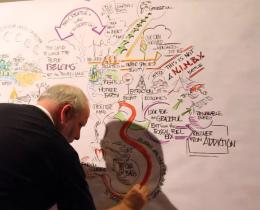