Tim Olmsted is the founder and president of the Pema Chödrön Foundation and former director of Gampo Abbey, a Buddhist monastery in Nova Scotia, Canada. He has been Pema Chödrön’s assistant teacher for her Omega programs since 2007.

Olmsted has been student of meditation for the past four decades. For 12 of those years, Tim lived in Nepal, working as a psychotherapist serving the international community. There, he studied with many of the greatest Buddhist teachers of our time. After returning to the United States, he was asked by his friend, Pema Chödrön, to serve as the director of her monastery, Gampo Abbey, which he did from 2000-2003.

He spends much of the year travelling internationally, teaching meditation in his role as a senior instructor for Tergar International, a worldwide meditation community under the guidance of Tibetan meditation teacher, Yongey Mingyur Rinpoche. 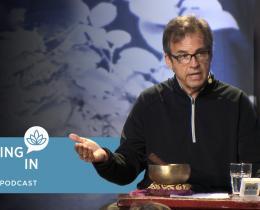 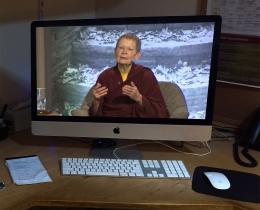 A Look Back at Pema Chödrön's Weekend Retreat 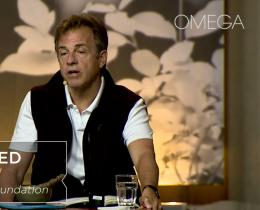 The Boogeyman Under Your Bed