Tobias Esch, MD, received his medical degree from the University of Göttingen in Germany, is a Harkness Senior Fellow in Healthcare and Policy Practice at the Commonwealth Fund (New York), and a tenured professor of medicine and director of the Institute for Integrative Health Care at Witten/Herdecke University in Germany.

Dr. Esch is a former visiting professor of medicine at Harvard Medical School (2013-2015) and Chair of the Salzburg Global Seminars. Prior to his Harkness appointment, he worked as professor for integrative health promotion at Coburg University of Applied Sciences in Germany, and as research fellow in medicine at Harvard Medical School, as well as at the Charité University Hospital in Berlin. With a background in primary care, neurobiology, and psychology, Esch has focused his work on health promotion, patient activation, and behavior change, and has published over 250 peer-reviewed scientific articles in journals such as PLoS ONE, BMJ / Open, NEJM Catalyst, and Brain Research.

Esch is author of 10 books, including The Self-Healing Code, which was nominated “the science book of the year" in German-speaking countries and The Better Half, the number one non-fiction bestseller in Germany in 2019. In addition, he has contributed many chapters and sections to books authored by others. He is associate editor at Frontiers in Behavioral Neuroscience, Global Advances in Health and Medicine, and Complementary Medicine Research, and serves on the editorial board of several other medical journals. Esch has received numerous national and international awards for his work. 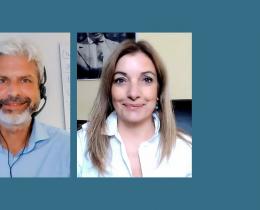