What Animals Can Teach Us About Being Human | eomega.org Skip to main content

What Animals Can Teach Us About Being Human

Although we may not understand everything about animal behavior, we can learn plenty from them about becoming better humans.

It wasn’t long ago that people still debated whether or not animals were conscious beings, something practically every pet owner would find incredulous. It’s a concept that still baffles ecologist and author Carl Safina. “If you watch mammals or even birds, you will see how they respond to the world. They play. They act frightened when there’s danger. They relax when things are good. It seems illogical for us to think that animals might not be having a conscious mental experience of play, sleep, fear or love,” he said.

There’s also plenty of evidence that our nonhuman friends put their emotional intelligence to good use, showing empathy, supporting each other, and building relationships across species. It seems that there’s plenty we humans can learn from them.

The Meaning of Animal Emotions

“Science has discovered a lot about the inner lives of diverse species, more than we often give ourselves credit for,” writes Marc Bekoff. “Indeed, animals’ lives aren’t all that private, hidden, or secret; a flurry of research has offered insight into the emotional lives of animals. We now know that animals have a point of view and that they experience deep feelings.”

Safina can offer many examples, including one of humpback whales protecting seals being hunted by killer whales and stories of elephants finding people who were lost. “In one case, an old woman who couldn’t see well, got lost and was found the next day with elephants guarding her,” he said. “They had encased her in sort of a cage of branches to protect her from hyenas.”

Recognizing animal emotions, however, and interpreting what they mean can be two very different things.

Animal communicator Danielle McKinnon writes, “Animals are so clued in to our human emotions that they often take those emotions into themselves. As an animal communicator, countless people have brought their dog or cat or rabbit or cow to me because they were worried the animal was grieving the loss of his companion animal too hard.

“When I would intuitively connect in with the animal to ask about this though, I would most often receive an answer that would stun the animal’s people….More than likely, the animal will tell me that he’s feeling sad because his humans are so sad. And while this is not what people usually want to hear (many would rather focus on helping cure their pet’s sadness than on dealing with their own grief), understanding what is really going on can be a huge help.”

Animal behavior specialist David Kurlander has worked with over 650 species of animals and believes it’s important and possible to leave behind our human thought processes and see through their eyes in order to understand how differently they perceive this world.

"Animals are very emotional, and respond through emotion. Since they're not verbal, they're much more connected to each other emotionally—they feel each other and the environment around them—and respond more respectfully, more empathetically," he said. "There's a lot we can learn from that."

Helping Each Other Grow and Heal

Daniel Goleman's research into the importance of emotional intelligence describes its value to every facet of life. “Our personal lives, relationships, and society at large would be richer and more satisfying if we all were better at attuning to the people around us,” he said.

“Our personal lives, relationships, and society at large would be richer and more satisfying if we all were better at attuning to the people around us.”
—Daniel Goleman

Goleman and his wife, psychologist Tara Bennet-Goleman, have worked with horses to gain insight into the ways people can better work together in a spirit of collaboration and cooperation.

“Prey animals (like horses) don’t single themselves out from the rest of the herd, but instead join up with a collective force that’s greater than any single individual,” said Bennett-Goleman. If we are predator-like, or controlling, we might get what we want but it might harm the connection. The way we humans think of ourselves as separate and in control of things must appear strange to a horse, but horses seem to accommodate our foolish ways, accept us anyway, and even find creative ways to remind us that we are really part of the herd.”

Some researchers refer to the spread of emotions between animals and people as emotional contagion. It’s an emerging field of science that is still building empirical data to back up what many of us experience with our pets and other animals on a daily basis.

As a young man in the UK, James French knew that his work rehabilitating ponies was having a profound effect on his own healing. That understanding eventually became known as the Trust Technique™, a practice that enables the human mind to accommodate an animal's emotions, creating a state of shared gratitude and cooperation that helps build a bond of trust and confidence.

“Focused presence reduces human anxiety levels and when a human is able to let go, an animal with the same issues can meet them on a subconscious level—beyond language and intellect," French explained. A relationship that is based on peace of mind shifts from fear to trust and overreactions are replaced with instinctual learning.”

Instincts of the most unexpected kind are at the foundation of the story of Owen & Mzee: The True Story of a Remarkable Friendship. This picture book about an orphaned baby hippo who was adopted and cared for by a 130-year-old giant turtle may seem like the stuff of a best-selling children’s book, which it is. But it is also emblematic of the virtues animals have been displaying for years, even if we’ve only begun to recognize it.

“These things seem extraordinary and new to us because we have only recently documented these incidents. But they have probably been doing these kinds of things for millions of years,” explained Safina. 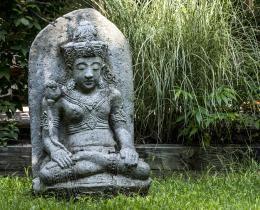 6 Ways to Make Friends With Struggle 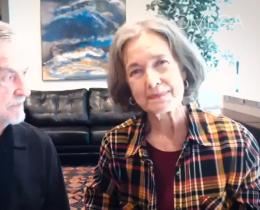 We Have To Talk: A Step-By-Step Process 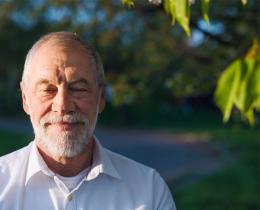 10 Ways To Bring Lovingkindness Into Your Day